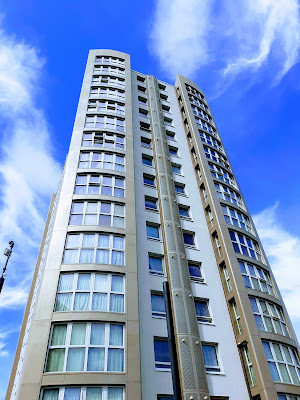 Residents are being urged to have their say on two ambitious plans that will help shape the future of housing across the borough.

The draft Housing Delivery Strategy underpins the Council’s commitment to investing millions in improving housing quality as it works to make Newham the best place for families to live and young people to grow up.

It sets out a raft of measures to:
Put local people at the heart of housing – including co-design of regeneration schemes; greater support for residents in the private rented sector, and a tenants’ charter for council tenants
Build, buy and secure more and better homes for local people, including ensuring private developers deliver genuinely affordable housing for council rent
Address the climate emergency by investing in green development and energy efficiency schemes for council and private homes
Create a safer and more secure private sector, including ramping up the successful private rented sector licensing scheme
Repair and refurbish sub-standard homes, with a focus on vulnerable adults and older people’s housing
Tackle homelessness and rough sleeping, and reduce the need for temporary accommodation

The council is also calling on the government to give local authorities necessary additional funding and greater freedom to borrow for investment in housing, and abolishing the unfair “Right to Buy” scheme that has seen thousands of homes removed from council ownership and passed on to private landlords.

Mayor of Newham Rokhsana Fiaz said: “The huge ambition of our Housing Strategy shows how serious we are about fixing a broken housing system and meeting residents’ aspirations for quality, genuinely affordable homes in Newham.

“We have made great progress against our commitments on housing, but our ambition doesn’t end there – we want to go even further to tackle the housing challenges faced by Newham residents and deliver high quality genuinely affordable council homes.

“Now more than ever, in the wake of the Covid-19 crisis, Newham’s people deserve access to good quality, secure homes where they can put down roots. We are determined to deliver that, to drive out homelessness and to continue our calls for the freedom and financial backing we need from government to help our communities thrive for generations to come.

“I hope that as many residents as possible will have their say and help us shape the future of housing here in Newham.”

As part of its commitment to making access to council housing fairer, the Council is also proposing a transformation of its Housing Allocations Policy, which sets the criteria for people hoping to get a council home in the borough.

Proposed changes to the policy – which have also opened for consultation today – aim to tackle the housing crisis, reduce the waiting list and put Newham’s residents first by prioritising council housing applicants on the basis of their housing need.

The changes would include:
Requiring people on the council housing waiting list to have lived in the borough for at least three years, with certain exceptions for vulnerable people
Removing employment in the borough and family connections as qualifying criteria for a “local” connection
Restricting accrual time for those without a housing need – meaning those on the housing waiting list would only start to accrue waiting time once they had an actual housing need
Removing the “priority homeseeker in employment” category so that all homeseekers would be treated equally, including those unemployed or unable to work
Creating a new priority category focused on overcrowding – to tackle severe overcrowding, where families need two or more additional rooms

Newham’s Cabinet Member for Housing, Deputy Mayor John Gray, said: “Newham faces the UK’s most severe housing crisis and it’s unacceptable that many of our residents are stuck in unsuitable, poor quality and over-crowded housing.

“By making our allocations policy fairer, we can be sure that we are putting local people first and prioritising those with the greatest need. Together with our wider housing strategy, these proposals will help to improve housing in Newham.”

Both consultations will run until January 4, 2021. A series of resident engagement sessions will be confirmed shortly.

View the draft Housing Strategy consultation, including further information and the chance to have your say.

View the draft Housing Allocations Policy, including further information, FAQs and the chance to have your say.
Hat tip Newham Council and picture of Tanner Point, E13 following recent walkabout with local Cllrs
Posted by John Gray at Wednesday, October 14, 2020

Can some one explain to me ,where has the word social,ie social housing,social commitment,social contracts,in my understanding the bedrock of a Real Democratic labour for ever led council.
It was not long ago that media was presenting high rise development as a blight in our skyline,and quality of life,but there seems to be support for more ever increasing number of these developments.
Covid has high lighted the need for garden space,for people to move safely within their boundry.
It should be planing policy,for residents of new high rise development,to be of non vehicle owners,to help in Newhams shambolic climate change inactions.

A genuinely commitment to 50% affordable social housing is there in the policy and not all rise is bad e.g individuals and couple and agree that new developments should be car free (which save for disabled has been planning policy in newham for many years)