The "Spanish" flu epidemic & a Canadian Bolshevik Revolt in Wales 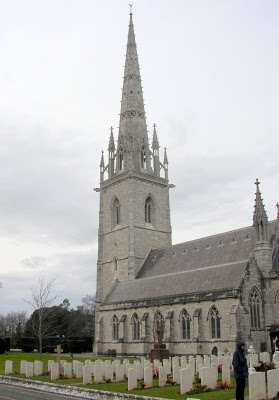 For the reasons given in my post from 2008 (see below) I have been conscious of the impact of viral pandemics from an early age.

There are some 80 graves of Canadian soldiers at the Marble Church in Bodelwyddan, North Wales.

Up to 76 of them may have died from the 1918/19 flu epidemic and at least 4 were killed after a violent confrontation between military authorities and those wanting to go home to Canada asap after the end of the first world war (including some who wanted to set up a Bolshevik revolutionary Soviet in the nearby military camp).

Check out Spanish flu - Wikipedia and I think that most people will recognise some striking similarities (as well as differences) with our present crisis.