Who will lead the Labour Party? Find out 10.45am tomorrow 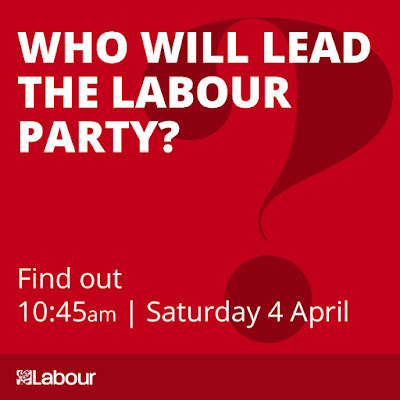 BBC reports "Members will learn the outcome via e-mail and the media after a planned special conference to unveil the winner was cancelled due the coronavirus pandemic.

The candidates for leader have each been asked to record victory speeches, one of which will be released alongside details of how many votes each candidate received.

The process of choosing a new leader began in December after Labour lost its fourth general election in a row".