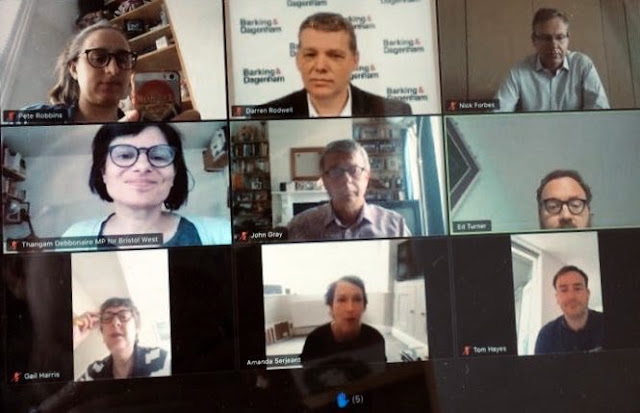 It was a really useful and informative meeting. We have similar but different housing problems and it was good to hear from Thangam what she is doing to hold the government to account as well as how Labour Councils and opposition Groups across the land are tackling the crisis.

I had sent comments in beforehand and made a number of points, including that we must make it clear to the government that they need to give local authorities the resources to deliver on their Covid-19 promises. In particular, if they want to keep rough sleepers off the streets long term and ensure that families in temporary accommodation have suitable permanent self contained accommodation, then we desperately need the extra money to deliver on this.

It was really good to meet our new Shadow Secretary of State, Thangam, who was on top of things and clearly wanted to work with Labour local government.

A great start and look forward to future meetings (apart from the fact that such virtual meeting photos make us all appear as if we are on some Crimewatch "Most Wanted" list).
Posted by John Gray at Monday, April 27, 2020