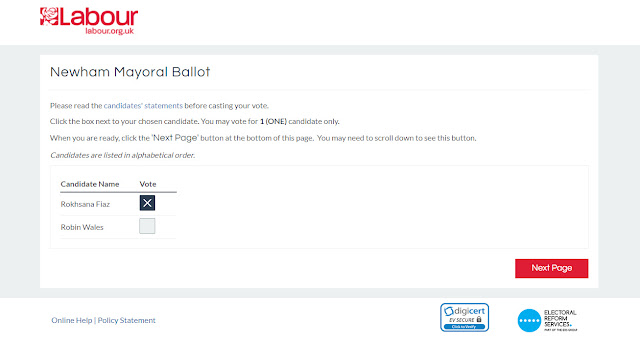 I have come back today from UNISON Community conference and have just voted online for the candidate supported by Greater London UNISON Labour Link, Rokhsana Fiaz.

Rokhsana is committed to policies which are very important to UNISON's such as building 1000 homes at a social rent; anti-privatisation of public schools and services and a massive increase in youth provision to counter the knife and acid crime epidemic in Newham.

She is also a tough, intelligent, pragmatic, no nonsense leader, who has the skills and experiences to the job.

It is also about time that Newham (and London) had a female directly elected Mayor (DEM). There is only two female Labour DEM out of 24 in the entire country.

We also need change in Newham and we need someone who can be a unifying force to unite the Party in order to win in the local elections in May.
Posted by John Gray at Sunday, March 04, 2018