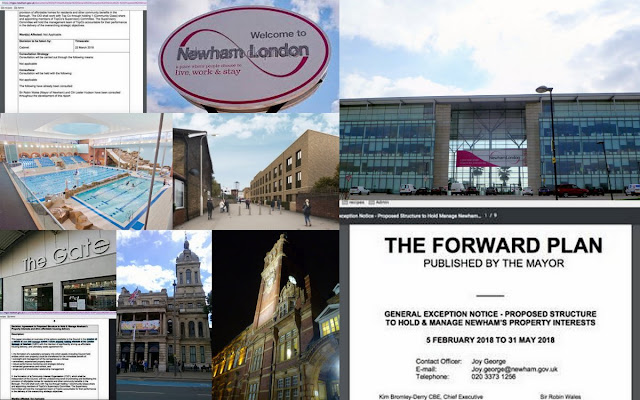 My statement on plans by the current Newham Mayor to set up a private development company & then give it our assets, value = £3bn. They could be our libraries, community centres, leisure centres and the council's own office & stop me building homes for our residents

"Earlier this week (on Monday 5th March), I received an email notifying councillors of a new agenda item for inclusion at the Mayoral Proceedings and Cabinet meeting scheduled for Thursday 22nd March.

See attached screen shots of the agenda item, which have now been withdrawn from the Council's website.

I raised this concerning issue on Tuesday night in my role as a Chair of Scrutiny at a Overview & Scrutiny meeting. I'm extremely alarmed that the current Mayor plans to set up a private development company and then give it our assets, valued at some £3 billion.

They could be our libraries, community centres, allotments, leisure centres and the council's own office.

I want to know who would be appointed onto the board of this company and why the current Mayor is trying to do this just weeks before he may no longer be Mayor of Newham.

There has been no consultation with Cllrs or residents, no democratic oversight and this is all during an ongoing QC's inquiry into how a private company Newham set up lost £52m on the Olympic stadium.

If this went ahead it would stop a future Mayor of Newham using our own land to build council homes and other facilities for our residents".

(John Gray - The Mayor has repeated that if he is re-selected and then re-elected he will continue to create this private company development company. See my Councillor report on the first we knew about this http://www.johnslabourblog.org/2018/01/councillor-report-3117-could-we-become.html)
Posted by John Gray at Tuesday, March 13, 2018