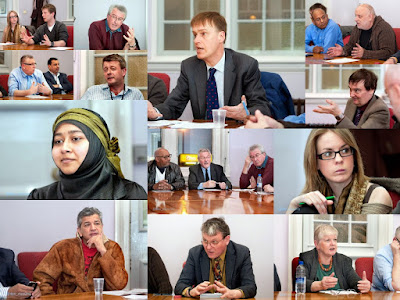 On Wednesday I am looking forward to the Newham Fabian AGM. See picture right from the last one I attended in 2011 (I think there was one in 2013 but none since).

I think you can still join for £7 and attend.

Andrew will also officiate over the AGM and committee elections

The Secretary of Newham Fabians is Tahmina Rahman,

(also on Saturday as a member of the National Fabians I am going to their New Year conference. Must remember to take my #LOVEUNIONS placards and leaflets :-)

This time next Saturday the Fabian Society will welcome Labour party leader Jeremy Corbyn MP onto the stage to open our 2017 New Year Conference. We are delighted Jeremy is joining us at our biggest and best event of the year, and we hope that you will too.

Alongside Jeremy Corbyn will be speakers from across the left and beyond, including MPs, policy experts and commentators. They will come together to have the fundamental debates the left needs on its purpose, organisation and ideas. Speakers include:

New Year Conference is always a highlight of the Fabian calendar, and I hope you can join us to hear Jeremy and all of our other speakers. Tickets are selling fast, and if you haven't booked yours already, head over to our website now - they're just £32 for Fabian members".
Posted by John Gray at Saturday, January 07, 2017