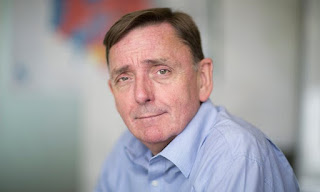 On the whole a fair article but it does not report on the complaints of many members that this ballot was rigged.

Labour Party members in Newham unhappy with the “affirmative nomination” process that saw the borough’s directly-elected mayor Sir Robin Wales declared the narrow winner of a “trigger ballot” to decide whether he should automatically go forward as their party’s mayoral candidate next year have sent a 13-page letter to Labour’s national executive Committee (NEC) asking it to establish a “full inquiry” into what it claims were “many failures of process/propriety and procedural irregularities” that took place on the way to the outcome and to halt the confirmation of Sir Robin as 2018 candidate until such an inquiry is complete.

Signed by 47 members of the east London borough’s two constituency Labour parties (CLPs), including ten Newham councillors, the letter sets out at length its case that “a number of [individual] ballots should be declared void or held in abeyance” and that the conduct of the process, which ran from 25 October to 4 December 2016, “made a material difference to the result”, tipping it in favour of Sir Robin by 20 votes to 17.

The trigger ballot offered a two-way choice between voting “yes” to Sir Robin being re-selected unchallenged as his party’s candidate for the next mayoral election to seek fifth consecutive term in a post he first won in its inaugural year of 2002, and voting “no” to that so that an open contest to become the candidate would be held instead.

Each of the 20 electoral ward Labour branches in Newham’s two CLPs, East Ham and West Ham, had one vote in the ballot and a further 17 votes were cast by Labour-affiliated organisations, most of them trade unions. Of the 20 wards, 11 voted “no”, meaning they favoured an open selection contest. However, 11 “yes” votes were cast by the 17 affiliates, which got Sir Robin over the finish line.

The letter to Labour’s NEC raises what it calls “three major failings” in the running of the ballot process, concerning the differing numbers of votes cast by different unions “because of a different interpretation of the rules”, the conduct of individual balloting and “conflicts of interest between the different roles of those charged with the management of the process”.

The results as published show that the GMB union cast four votes, the CWUand Unite two, while the four other unions involved – TSSA, BECTU, USDAW and Unison - cast one each. All four GMB votes were “yes” to Sir Robin going forward automatically. Two of the CWU’s votes were “yes” and the third was “no”. Other “yes” votes came from USDAW, BECTU and TSSA. Both Unite votes were for the “no” side, as was Unison’s.

The letter asks that the single votes of two other affiliated organisations “be held in abeyance and not counted”, including that of Newham Fabians which voted “yes”. The Fabian Society nationally has confirmed that it is still “seeking further information” from its Newham branch and has received “a number of complaints” that the correct trigger ballot procedure was not followed. The NEC is also requested to look into the way three of the ward “yes” votes were arrived at. Two of these wards reached their decision on the strength of a majority of just one member.

A source close to Sir Robin has denied that the ballot process or its outcome are questionable and a spokesperson for the London Labour Party said: “The Labour Party does not comment on internal selections but the process in Newham was carried out in line with established rules and procedures.” The national Labour Party has not responded to a request to confirm that the NEC has received the letter and whether it will be addressing the matter. The next full meeting of the NEC is on Tuesday.

Newham is exceptional in that all 60 of its councillors as well as its mayor are Labour, leading to jokes by other London politicians about the borough becoming a one-party state, but also to complaints among some local members that Sir Robin has been in the job too long and become difficult to hold to account. However, the letter says that if he is confirmed as the 2018 candidate “as a result of an open and fair re-selection process, we and other members would all support (in full and without equivocation) his candidacy”.
Posted by John Gray at Monday, January 23, 2017