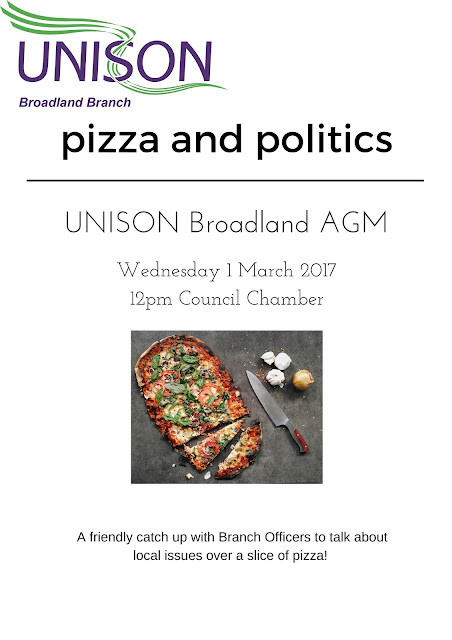 AGM season for the Labour Movement is in full swing. There has already been a Newham Fabians AGM, on Wednesday it is the Greater London UNISON Regional Council AGM. On Thursday it is Forest Gate North Labour Branch AGM and I am planning the UNISON Housing Association branch AGM for March and our branch Labour Link AGM at the House of Commons. Not forgetting the West Ham CLP AGM in June.

I hope to make the Broadlands (Norwich) UNISON AGM this year. I like the "Pizza and Politics" theme.
Posted by John Gray at Sunday, January 29, 2017