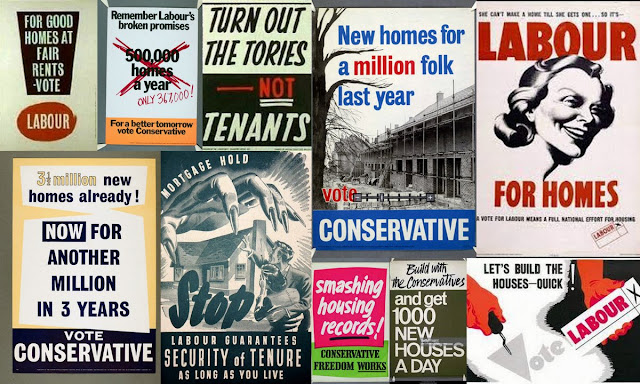 (motion from UNISON Housing Association branch to the Greater London Regional Council AGM on Feb 1. If passed  it could also be submitted to UNISON National Delegate Conference in June)

Often these homes are long distances away from work or family and involve many hours of daily commutes.

Conversely UNISON research has shown many families have grown up children living with them not out of choice, but of necessity as they cannot afford to buy or rent a home of their own.

Recently the  government have announced a number of high profile schemes and incentives to fix the housing crisis. All have failed.

Homeownership is on a downwards spiral, increasingly numbers of people in work are reliant on housing benefit and the number of social housing homes available shrinks year by year.

The chief reason for this‎ housing failure is that there is no long a political consensus in the UK on the need for direct investment and subsidy in public housing.

From 1945 to 1970's political parties‎ of all kinds used to compete on how many affordable homes they could build each year.

This was because there was a widespread consensus that ‎it was the duty of the state to ensure that everyone was securely and safely housed.

In order to build homes we must rebuild this consensus.

This Regional Council resolves to call upon the Regional Council Officers  to campaign with other unions and residents to restore direct investment in public housing. To make the case that this is the only way to solve the housing crisis.

To ask our Labour Link to work to make a new housing consensus a top issue within the Labour party taking into consideration the following principles:-