"The loans that have left councils impoverished and saddled with debt" 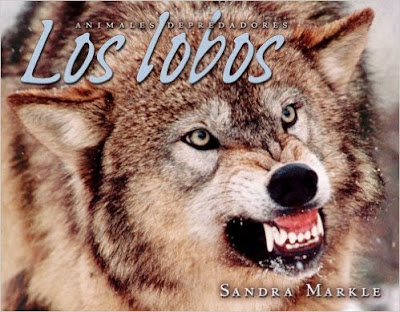 Check out this article on Friday in The Guardian about Housing Associations and Councils which have been ripped off by the Banks over the toxic LOBO loans they were mis-sold. I have an obvious interest and concern in both organisations.

This is a national disgrace but since there are time limits on possible legal action we all need to act quickly. Sticking your head in the sand and doing nothing is not an option.

Councils and Housing Associations need to join up together to sue the banks and advisors.

"What looked like an attractive deal has been catastrophic for many social landlords and local authorities - and it’s the people at the bottom who suffer...

For many councils and housing associations, the wolf is at the door. In Spanish and Portuguese, lobo is one word for the fearsome canine. It’s fitting then, that the latest instrument of predatory capitalism to attract attention – lender option borrower option agreements – are called lobo loans for short.

The loans, typically long-term from 40 to 70 years, were taken up by as many as 63% of local authorities in the UK, as a way of funding services post-recession. For housing associations, many considered lobo loans the only funding option given the shrinking of grants: the less stable associations had committed to development contracts, but were starved of cash.

And, as the name suggests, the loan terms aren’t set in stone: the lender’s option could be to hike fixed rates at predetermined dates where they are permitted to alter the loan facility. The borrower’s option is to accept that rate, or repay the loan.

In 2009, 30 housing associations took out lobos after the financial industry took to selling them to local authorities and social landlords on an industrial scale. Borrowers thought that they were insuring themselves against possible high interest rates, but the derivatives built into the loans meant that the costs were linked to market performance, so borrowers actually pay more when rates fall.

Now, the likelihood of housing associations building more, while saddled with so much debt, is looking unlikely and local authorities have essentially shot themselves in the foot.
Newham council, the Financial Times reports, took out 27 loans at a face value of £563m. The latest fair value of the loans now puts them at £959m, with interest rates in excess of 7% on some loans.

The Evening Standard reports Thames Valley Housing in London has had to renegotiate the terms of its loans, and many borrowers are facing renegotiation or the prospect of paying high break fees, all of which essentially pour council taxpayers’ and tenants’ cash down the plughole.

What looked like an attractive deal has been catastrophic for many social landlords and local authorities - and at a time when councils are facing cuts at a level not seen for a generation, and housing associations are struggling to build homes and are being battered by cuts.

The loans should never have been sold: they are extremely complex financial instruments, and pricing them is far beyond the capabilities of housing associations and local authorities. But also, the use of derivatives by local authorities is potentially unlawful, and has been since the 1989 Hammersmith and Fulham swaps case. Council leaders and MPs have written to Andrew Tyrie, chair of the Treasury select committee calling for an investigation into potential mis-selling.

Treasury guidance stipulates that “public sector organisations may borrow from private sector sources only if the transaction delivers better value for money for the Exchequer as a whole.” It’s difficult to see how the lobo loans scandal has done anything more than impoverish housing associations and local authorities, while once again lining the pockets of certain large banks.

The most dispiriting point is this: the financial industry has learned nothing from the crash. For a brief period when the global economy melted down in 2008, many people genuinely believed the industry would be forced to change.

Unregulated, it was left to package up toxic bonds and brag about excess. Surely, governments would impose regulation, and a cowed banking sector would follow suit and rein in the excesses that had caused banks to blow up? Neither happened. So, yet again, we find ourselves facing a financial crisis, this time in local authority and housing finance, and rather than see a resolution, we’ll just see the people at the bottom suffer".