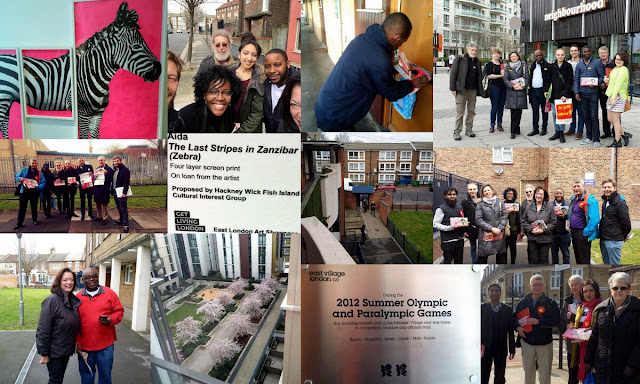 Some pictures from the door knocking that has been going on by various ward branches in West Ham Labour Party during the last week.

On Sunday I helped out in Custom House. Interestingly, we are also asking residents how they will vote in the European Union referendum and this ward had a high "Remain" in the EU vote.

Thursday evening we were in West Ham ward and were joined by Labour Greater London Assembly candidate for City and East London, Unmesh Desai.

Saturday morning back in West Ham this time with our MP Lyn Brown.  I had a difficult conversation with a constituent who is a council tenant in a 2 bed flat with 2 teenagers (boy and girl) and has been on the waiting list for a move to a larger property for 12 years.

I had to warn her that we have thousands of residents in a similar position or worse and that the Tory plans to make councils sell off off their homes to pay for their right to buy election bribes to Housing Association tenants will be a disaster for people like her. Sadiq Khan as Labour Mayor of London will fix the Tory Housing crisis.

Saturday afternoon I was in the former 2012 Olympic athletic accommodation blocks in what is now East Village in Stratford. The blocks we managed to get into appeared to be half empty since so few had anyone registered to vote. We can only assume that these homes are occupied by non EU nationals. This is not the Olympic legacy that we were promised.

There was a number of other canvass sessions in West Ham last week that I was not able to attend but I will try and help out at all wards during this campaign.
Posted by John Gray at Saturday, April 09, 2016