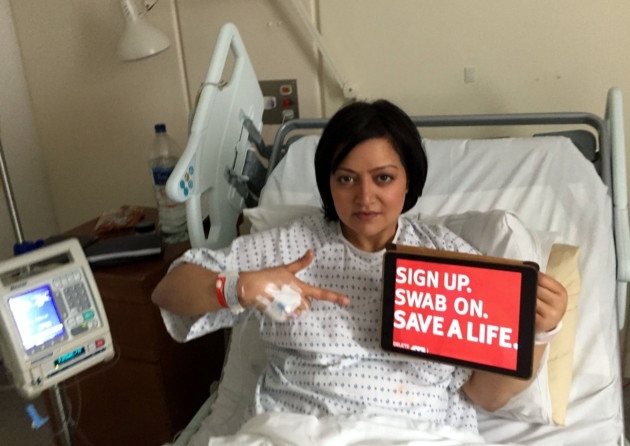 Check out this report in this week's Newham Recorder. Well done to Rokhsana for undergoing this operation to try and save a young child's life. I must admit I winced at the thought of donating a pint and a half of my bone marrow. I have been a potential donator to the Anthony Noland trust for many years but have never been called.  I hope that her example will encourage more Newham residents to volunteer.

"For Cllr Rokhsana Fiaz, who has donated 900ml of her bone marrow, the answer is a firm ‘no’.

“I feel so proud and so privileged to have been able to help someone like this,” she said.

Cllr Fiaz doesn’t know who her marrow will help, but was told the patient is a young girl following Thursday last week’s procedure with the Anthony Nolan and Delete Blood Cancer charities.

“That makes it even more profound for me,” she said. “Helping a child, you know they have their whole life in front of them.”

Her main inspiration for undergoing the operation – which she said was “remarkably smooth and painless” – was a memory.

“When I was 16, I saw my father crying inconsolably because his sister had died of leukaemia,” she said.

“I just want to know that I can help someone – I don’t need to know the person’s identity – and that’s enough for me.”

The recent high-profile bone marrow appeals of Lara Casalotti – whose mum is Thai and UEL lecturer father Italian – and Tommy Simpson – whose parents are also of different races – were on Cllr Riaz’s mind.

“With Lara, it was hard to find a donor because she was mixed race,” Cllr Fiaz said. “But I like that she used that as a call to action to get more people of mixed race identities to come forward.”

Cllr Fiaz was also told she will be given a call about whether the procedure works for her recipient.