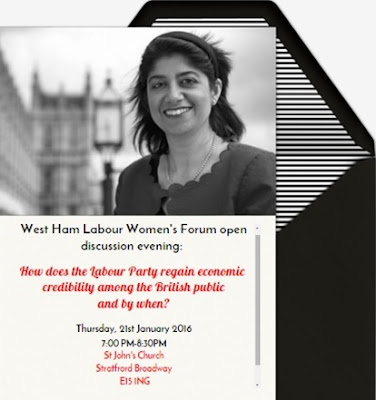 "West Ham Women's Forum Open Discussion evening with the Shadow Chief Secretary to the Treasury Seema Malhotra MP:
The discussion evening will be an open event to ALL members of the Labour party, supporters and friends in East London. The aim of the event is to hear from a senior member of the party, what Labour’s plan are to build economic credibility among the British public before 2020 election campaign begins".