Getting to Work Shouldn't be a luxury. But Tory Tickets Cost a Fortune. 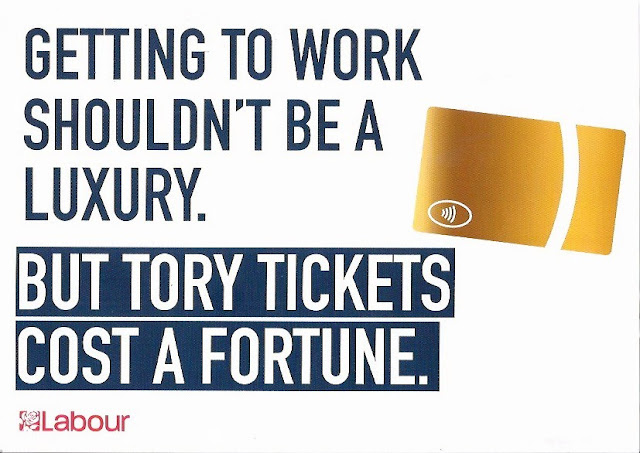 This morning I was outside Plaistow Underground station with West Ham Labour Party comrades handing out leaflets on fare rises to commuters going into work.  Outside railway and bus stations across the country, Labour and trade union activists were handing out similar leaflets protesting against rises and calling for these services to be brought back into public ownership.

On Saturday fares were increased nationally and in London, the latest rise has meant that in the last 7 years fares have increased by a staggering 40% outstripping pay increases.

Train and Bus fares are hugely regressive. The very poorest and the very wealthy pay the same in theory for fares. In fact the better off are more likely to pay less since they will often have access to cheaper season tickets provided with interest free loans by their employer.

Labour Mayoral candidate, Sadiq Khan, (son of a London Bus driver) has pledged if elected in May to freeze all fares for 4 years and introduce a new "hopper" ticket allowing unlimited bus travel within an hour for a set fare.