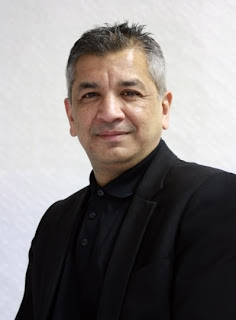 Newham Councillor & GMB activist Unmesh Desai is standing for election on Saturday to the NE and East CLP seat on London Regional Board.

Unmesh is a hard working Party activist and campaigner.

The election will take place at the Biannual Labour Party conference. This is his election statement.

"I have been nominated by my CLP, East Ham, for the above position and now write to seek your support.

London Labour faces a number of challenges over the course of the term of the new Regional Board :

. Campaigning with trade unions,affiliated organisations and community organisations to connect with and shape rising anger over the savage cuts proposed by the Condem government. In particular we need to win over those Londoners who voted for the Libdems only to find themselves betrayed.

. A positive London Labour alternative appealing to all Londoners in both inner and outer London which also exposes the Tory Mayor's failure to deliver on key issues such as transport and policing.

. Continuing our successful Barking campaign to reengage with and win back white working class voters without pandering to any sectional prejudices or vested interests.

* Active in community campaigns around race, anti-fascism, civil liberties and social justice, but particularly in East London, since the late 1970's.

If elected I will represent your views and report back.I am and will always continue to be available on 07976 218 584 or email unmeshdesai_per@yahoo.com.
Regards.
Unmesh Desai

John, are you actually backing this guy?