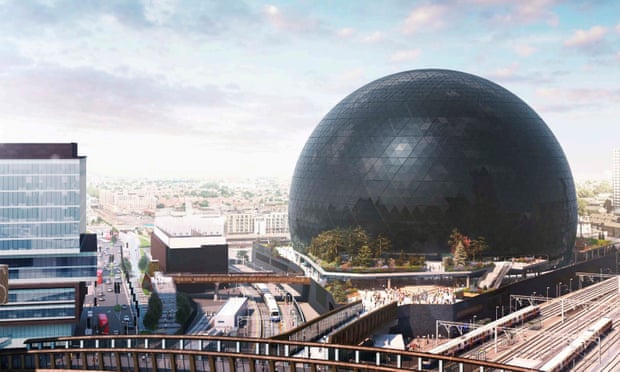 When London bid to host the 2012 Olympic Games, we were driven not just by sporting desire, but by a vision for a regenerated east London after decades of deindustrialisation and deprivation. We were promised not just new infrastructure and economic growth, but the opportunity to genuinely improve the lives of local residents, including those who suffered dislocation and disruption to create the new Olympic venues. Most local people passionately supported the bid and the Games on this premise. Yet, while the Games did bring significant investment into Newham, there have been clear failures to benefit local people in the years since the closing ceremonies.

Delivering a lasting, positive legacy for the Olympic site was a job entrusted to the London Legacy Development Corporation (LLDC), established by Boris Johnson, then mayor of London, with the promise that local people really would benefit from the impact of the Games. For the most part, the opportunities created have remained out of reach for most local people. Rents and living costs have risen rapidly in the area but these have not been matched by sufficient wage increases or enough accessible new jobs, let alone enough affordable and social housing.

As the local MP, I have always made the case that new developments must meet local needs. Almost a decade on from 2012, I don’t think the LLDC has lived up to that promise. And, while the corporation has failed to deliver the positive changes that local residents need, I believe it is also removing the ability of local residents and their elected councils to have an effective say about what gets built in their communities.

A case in point is the MSG Sphere in Stratford. The LLDC’s planning committee meets soon to decide the fate of the planning application for this giant orb-shaped music venue from the Madison Square Garden company. The site was originally public land that was sold to developers with the idea of creating new workspaces and homes, a fitting vision for the positive legacy of the Games. Instead, what we now face is a massive live entertainment venue, almost as tall as Big Ben, covered with nearly a million garish LEDs, programmed to display videos and adverts. The company behind the concept owns Madison Square Garden in New York, and clearly has little connection to Newham’s communities.

I have had serious concerns for some time about the value of this proposed development, the degree of community consent it has involved and the harm it may do to people in Stratford and neighbouring areas. Newham doesn’t want this venue, yet it’s the LLDC, not Newham council, that gets to recommend to Sadiq Khan whether it is built. I don’t believe that’s fair or right.

Many local residents have clear and serious objections to the light and noise pollution this development would cause, as well as the potential for increased antisocial behaviour and traffic. The giant venue will beam bright lights into the surrounding area until 11pm on some days; beginning again at 6am or 7am, depending on the time of year. One constituent has predicted that it will be like living next to the surface of the sun. Many residents feel that living next to the site will be a nightmare.

The planning application has proposed that the MSG Sphere would host 300 events a year, a number far higher than the venues that already exist nearby, such as the London Stadium. It will undoubtedly be noisy and disruptive. Yet there is no qualified professional assessment of the effects that noise, light, moving images and distracting advertising will have on the environment and local people, including vulnerable groups and children.

Crowd management issues could be equally serious. The planning application includes a vague operational manual for how the venue might function, rather than a transparent, detailed and binding plan for impacts on the local area and transport system. And there’s currently no commitment to cooperate with other big venues, such as the London Stadium and the O2, to avoid overwhelming the Jubilee tube line and other local transport.

MSG’s planning application was submitted more than two years ago, in March 2019. The public consultation that has taken place since then has certainly been lengthy, but for many people, that doesn’t make it adequate. There has been a drip-feed of extremely complex, technical submissions with more than 2,000 separate documents and representations available online. The enormous scale of the submission has created huge barriers for residents, many of whom have had difficulty accessing the relevant information, properly understanding the implications or making an informed, democratic decision.

Newham’s residents have little power over the final outcome; Newham council only gets two representatives on the LLDC’s planning committee out of a total of 12 members, including seven unelected committee members. I’m calling on the LLDC to refuse the application and protect Newham’s residents from yet another inappropriate development. I would hope they would listen to and act on what elected representatives say. Securing some of the promised benefits of the Olympic legacy depends upon it.