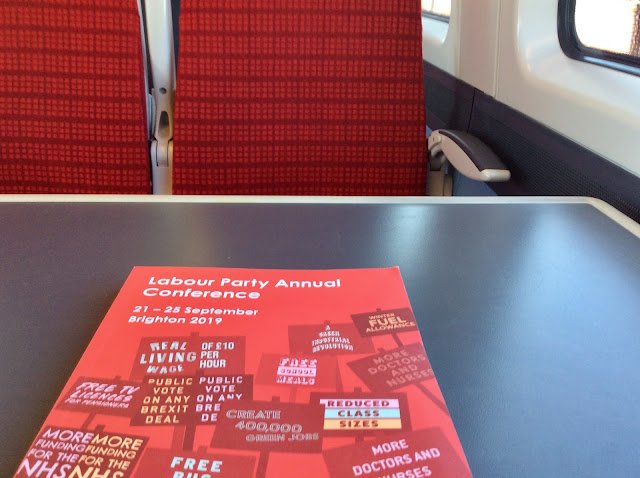 I am on route to Labour Party conference in Brighton belatedly looking through the handbook and trying to decide which debates and fringes to attend. This year I am attending as a Councillor not a delegate. Being a delegate gives you the opportunity to vote and possibly make a speech but it is far more fun being a visitor and being able to go, see and hear what you are really interested in.

There has already been one massive row over the attempt to get rid of Tom Watson as Deputy Leader. While I can understand why people are frustrated with Tom, kicking a directly elected deputy out at the eve of a general election was not a great move.

Hopefully, we will not score anymore home goals during Conference and instead concentrate on attacking the Tories, trying to clear up the Brexit mess and preparing for the election.

So far, I am planning to attend this evening the Labourlist fringe and then the Greater London regional reception. Sunday has a number of debates on “rebuilding public services” and in evening there is the Newham Labour “Get together”.

I am due to speak at some housing fringes and hope to attend the Unison reception and Local Authority Pension Fund Forum fringe on “A Just Transition” on Tuesday evening.

Conference finishes on Wednesday afternoon following the Leaders speech. I hope to post more often at this conference... but I say this every year.

Update: I arrived at Brighton station and walked to my hotel near the Pier. I had booked accommodation via the Expedia website some months ago. Last Thursday I got a text saying that this had been cancelled due to “over booking”. After a series of telephone calls Expedia eventually booked me into suitable alternative accommodation at a cost of over 4 times my original booking. They covered the extra costs. Something to think about if you normally do not use a booking agency for booking accommodation. 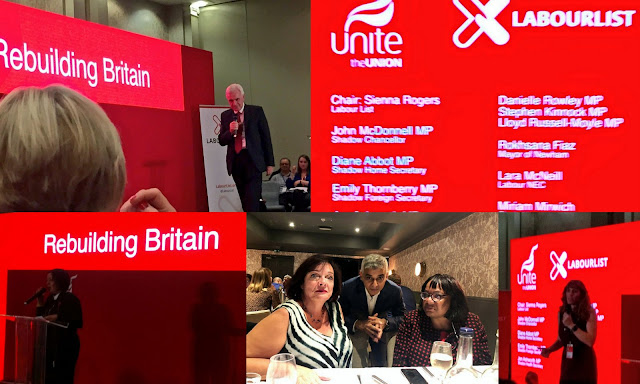 Are this conferences open too the public or just Labour party members?