"What next for responsible investment in the LGPS?" Professional Pensions 25 Sept 2019 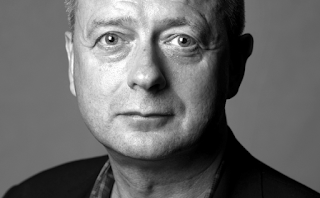 Recently there seems to have been a surge in interest in responsible investment, also known as ESG, in the Local Government Pension Scheme (LGPS) world.
My email inbox is filled with invites to meet advisers or attend seminars and conferences on this subject, near and far (and sometimes very far!)
Maybe, ten years after Lord Myners slated trustees for being "asleep at the wheel" and allowing the 2007/08 crash, we are finally beginning to understand its importance? The days of carrying out a beauty parade, picking a manager because he had a good record, then concentrate forever more on its latest quarterly returns, are now mostly long gone.
More likely this interest is being driven by the acceptance (apart from a certain president across the pond) that we face a climate emergency and responsible investment is needed to stop an environmental disaster and achieve a just transition, while still delivering an income for pensioners.
There is still no widely accepted definition for responsible investment, or ESG, except we are not "ethical" investors - but, in the words of the late Ian Greenwood, "that does not mean we are uninterested in ethics". Instead, there is a fairly widespread belief that pension funds are for the long term, and superior returns can be produced by funds that invest in companies that are well managed, open and transparent, act in interests of its asset owners, do not exploit their workers, and do not destroy the environment. We need this extra return to meet our pension liabilities.
The trauma of LGPS funds being forced to pool is now receding and the pools will now have the scale (eventually some £250bn in eight collective investment vehicles) to be even more demanding of their fund managers and investments, while individual funds who still retain the liabilities must now hold the pools to account.
For even greater influence and reach, LGPS funds and pools should partner more with other pension schemes and stakeholders with shared interests. For example, these can include faith and social impact investors, charities, non-governmental organisations, university endowment funds, the media, trade unions, and regulators - both in the UK and abroad.
It is not just that scale can get those behind the scenes, face-to-face engagements with company chairs or help get media attention if you have a "name and shame" public spat - but sharing information and resources, all year round, is key to success. We need to know what is happening.
Scale and cooperation also helps with the ongoing battle for transparency on costs and charges; the LGPS, supported by trade union Unison, has been successfully leading this campaign.
Another relevant responsible investment campaign must be to challenge the continued refusal of most fund managers who offer conventional pooled funds and trackers to allow the owners of these funds to vote its shares as it sees fit. This is nonsense. I cannot believe that, in this day and age, fund managers cannot find the computer programme to allow this to happen. The various excuses I have heard over the years are simply pitiful. Owners of capital are being denied the right to exercise their responsibilities as owners. If you don't believe me this is wrong then check out what 18th century economist and philosopher Adam Smith says about this.
Overall, I am optimistic about the future with regard to responsible investment. I don't think this is just a "blip" or something solely faced by the LGPS. Colleagues in the private sector say the same. When I first started in pensions we were told that we would be sued if we considered anything other than maximising financial returns. Now we are told the exact opposite.
Cllr John Gray, writing in a personal capacity, is a member of the London Borough of Newham pension committee and joint vice-chair of the Local Authority Pension Fund Forum.