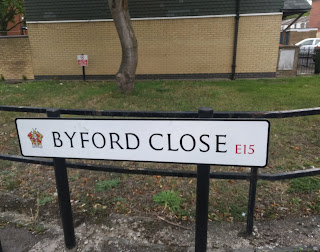 Yesterday as a local Councillor, I went with Council officers to visit the area in my ward around Byford Close E15 to speak and reassure residents following the senseless street murder of a 15 year boy here last week.

The Police have recently charged a 16 year old boy with the murder. Neither boy were Newham residents and we do not know all the facts about the case.

Cllr Shaban Mohammed was also there with officers from Newham Enforcement, Community Neighbourhoods and Housing.

We split into two teams and knocked on doors to explain what has happened and listen to their concerns.

I must admit that the visit was amongst the most rewarding experience that I have had as a Councillor. Residents were all very concerned about what had happened but we had a serious conversation about crime, drugs and other forms of anti-social behaviour.

I explained what we are doing as a Council to tackle crime and the underlying causes of crime. Such as the appointment of 30 more youth workers and plans to double the number of youth centres (hubs).

All two teams gave similar feedback. Everyone we had spoke to were glad we were there and had spoken to them.