Crying girl on the border 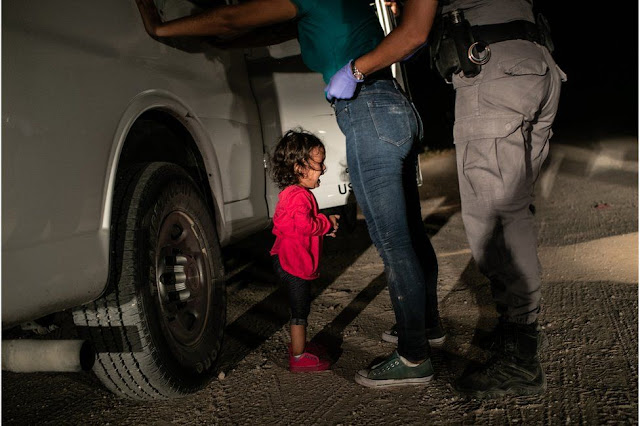 The winners of the World Press Photo 2019 contest have been announced, selected from over 78,000 photos taken by 4,738 photographers.
Warning: contains images that some may find distressing.
The winning image is by John Moore showing Honduran toddler Yanela Sanchez crying as she and her mother, Sandra Sanchez, are taken into custody by US border officials in McAllen, Texas, USA.
The photo was taken in June 2018 and is entitled Crying Girl on the Border.
Moore, a senior staff photographer for Getty Images, said: "I think this image touched many people's hearts, as it did mine, because it humanises a larger story.
"When you see Yanela's face, and she is more than two years old now, you really see the humanity and the fear of making such a long journey and crossing a border in the dead of night."
After the photo was seen all around the world, US Customs and Border Protection confirmed that Yanela and her mother had not been among the thousands who had been separated by US officials.
But public outcry over the controversial practice resulted in President Donald Trump reversing the policy on 20 June.