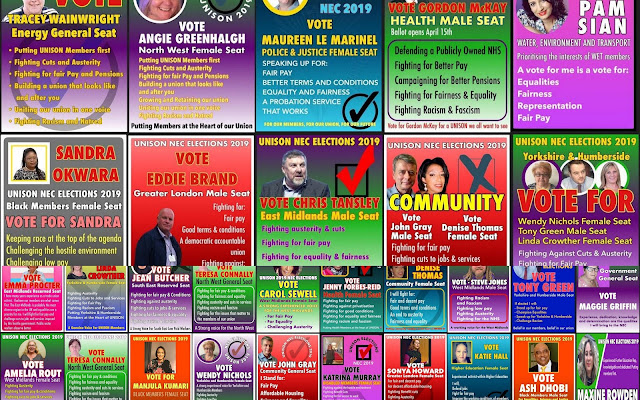 My recommendations if you are a member of UNISON in London. You can vote for regional and national candidates and for those in your own "service group" (Health, Local Government, Community, Higher Education and Energy)

Hi John, any recommendation for the Water, Environment and Transport Service Group seat contested by Pam Sian and John Jones?

Thank you for your comment. I am not a member of WET service group but would recommend you recommend Pam

Yep that's what I guessed, thanks!