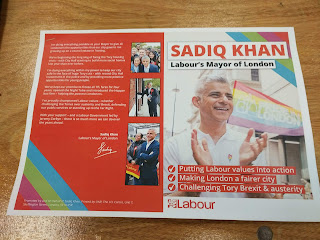 It was great that Jeremy headed the list of endorsers and that all wings of the Party in UNISON support him.

"UNISON affiliates to the London Labour Party and was asked to decide whether or not they wish for Sadiq Khan to be automatically reselected as Labour’s candidate.

The Committee decided to unanimously back Sadiq based on his record of supporting Londoners at work, promoting trade unions and trying to tackle London’s challenges on housing, transport and crime. 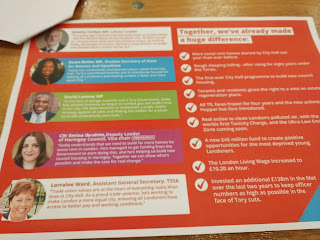 John Gray (UNISON Labour Link Chair) said “Sadiq has always placed Londoner’s and UNISON members concerns at the heart of everything he does, we are proud to offer our support to him to carry on the job of housing Londoners and making London cleaner and safer”.

Yvonne Green (UNISON Regional Convenor) said “with our decision we confirm what Londoners know already, this Mayor is committed to making London a fairer and more equal city for everyone”.
Posted by John Gray at Wednesday, September 05, 2018