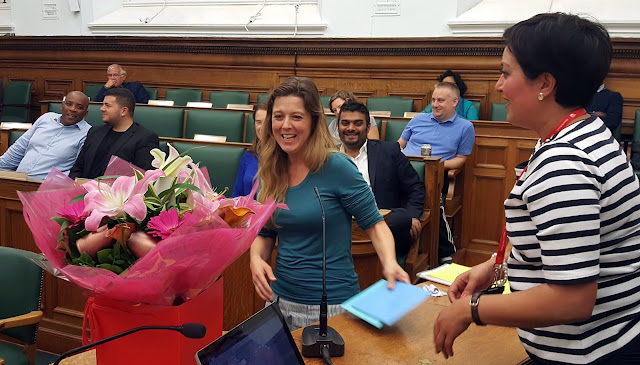 This is simply a lovely photograph of Newham Council Executive Mayor, Rokhsana Fiaz, presenting flowers to Councillor Veronica Oakeshott, who has announced her resignation in order to move closer to her family outside London.

Veronica has been a fantastic and effective Labour Councillor and campaigner for Boleyn ward who was also instrumental in the successful campaign to keep the World Cup Champions Statue in her ward. 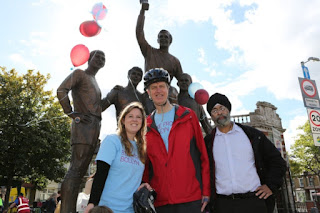 She was a ferocious advocate of her constituents and the interests of all residents in Newham. Veronica will be missed and we have lost a talented Vice Chair of our £1.4 Billion Pension Investment & Accounts Committee.