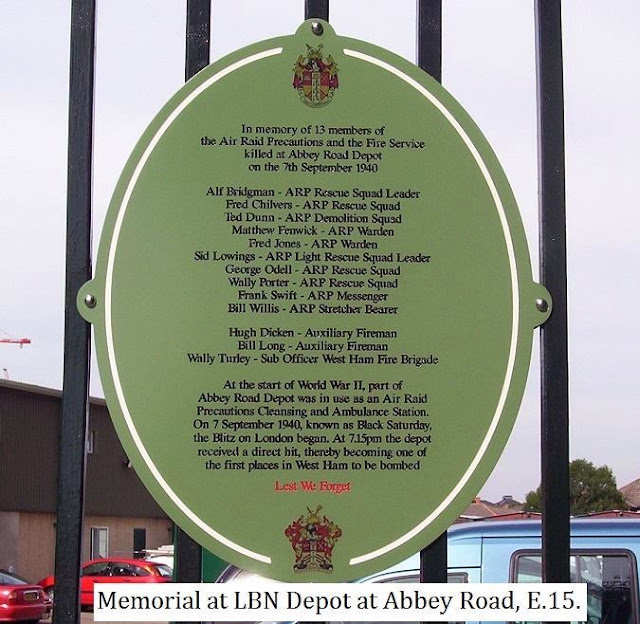 "Memorial at LBN Abbey Road Depot, to those killed on one of the first attacks on the 7th September, 1940, known as `Black Saturday`. This was the start of the `Blitz`, although not the first bombs to fall on West Ham, Beckton Road was bombed on the 31st August". Hat tip Robert Rogers Newham History Society on Facebook. 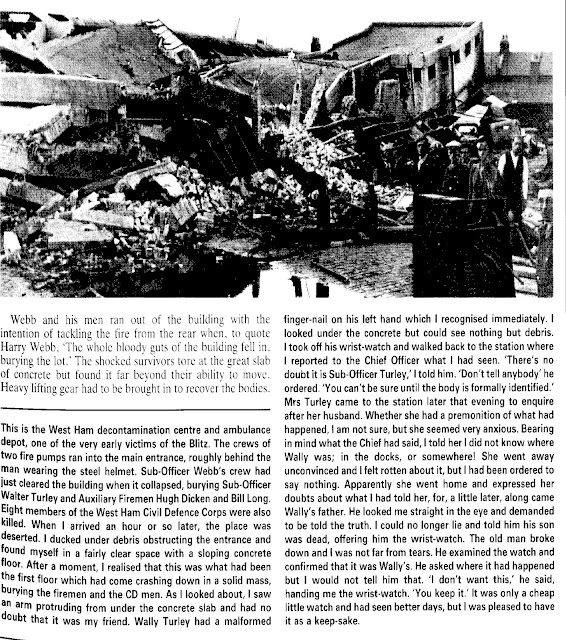 "account of the incident from The London Blitz – A Fireman’s Tale by Cyril Demarne who was a Sub-Officer in the Auxiliary Fire Service at the time and later became Chief Fire Officer for West Ham" hat tip Richard Durack Newham Council Heritage Service.
Posted by John Gray at Friday, September 07, 2018