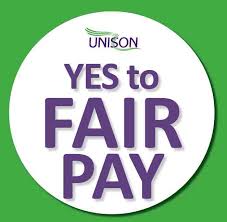 Conservative MPs in England have been identified by the national TUC to target – based on the size of their majorities and/or supportive comments about public sector pay are as follows for the Greater London Region:

Members and branches in these constituencies should make arrangements to lobby these MPs, using the attached template should they wish.

Branches should lobby their local MP at Westminster but priority should be given to the target list above.

Please advertise this event to your branches to ensure as high a turnout as possible. This is the best way to keep up the pressure on government. Dave Prentis is speaking at the rally.

SERTUC have organised a short march that starts at 5.30pm at Downing Street and joins the rally at Parliament Square.

Many branches have organised Pay Up Now! events in branches – if you have not held yours yet and need materials for this or the Lobby on 17 October, these are available online:

Dear <insert name of MP>,
Public Sector Pay Cap
I am writing to you to request you meet with me on Tuesday 17 October between 2-4pm.  The Trade Union Congress is organising a lobby of MPs to discuss the Public Sector Pay Cap and I would like to meet with you, as my MP, to raise my concerns.

I am a Public Service worker, working as <insert job title> at <insert work place> I work in public services. I’m also a member of UNISON and I am deeply concerned about the impact of the Public Sector Pay Cap.

As you will know, public servants have been subject to a strict pay cap for the past seven years.  This has, in turn, meant that public sector wages have fallen significantly in real terms since 2010.

Whilst the cost of living rose by 22% between 2010 and 2016, public sector pay rose by just 4.4% on average. These real terms pay cuts have come alongside significant job losses which have placed further stress and work upon the wider workforce. <insert your own examples/experiences here>
At the same time, the pay cap has also had a significant impact on recruitment and retention in many sectors, exacerbating the impact of job losses and putting further pressure on local services.

I know that there are many MPs from all parties who share my concerns about the ongoing squeeze on the public sector and on pay in particular. The time has come for politicians from all parties to come together in the national interest and end the pay cap once and for all.

There is still time for the Government to abolish the Public Sector Pay Cap and to act in the interests of the thousands of your constituents who are trade union members – and ultimately the interests of all workers, whether they are in a union or not.

With your support, we can end the pay cap and give a well-earned pay rise to those who work so hard for our communities.

I hope that I can meet with you in person on Tuesday 17 October to talk further about my concerns.  If you are unavailable at this date/time, can you let me know an alternative time when I can meet you at your constituency office or surgery?