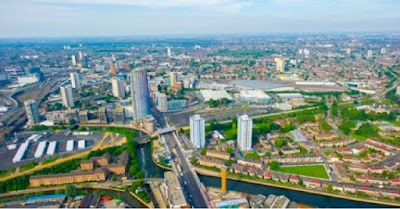 Last week at Forest Gate North Labour Party meeting the Newham Executive Advisor on Housing, Cllr Terry Paul, gave a briefing on the Council response so far which he is happy to share.

"The tragic fire at Grenfell Tower occurred on the 14 June 2017.

For the local perspective the tower blocks in Forest Gate -Capel, Jason Close, Field, Green, College and Forest- aren't ACM and therefore not at risk.
The Council submitted sample cladding for screening tests and was informed by DCLG on 2 August 2017 that the current combination of cladding and insulation at the three tower blocks failed the large-scale wall test, meaning that it did not adequately resist the spread of fire over the wall to the standard required by the current Building Regulations guidance.

The DCLG’s Expert Panel’s advice was that wall systems with these materials therefore present a significant fire hazard on buildings over 18. The suite of tests were completed on 25 August 2017 and identified a number of wall system combinations which passed the testing process.
The next step is to phase the works for the three tower blocks into:

site investigations and welfare set up, approximately 1 month duration (investigations for de-cladding, gas services, duct work and scaffold design)
• block de-risking, approximately 6 months duration (scaffold erection, de-cladding, duct cleaning)
• re-cladding to the 3 blocks as part of a new fire-proof system, approximately 6 months duration.
Pending commencement of this significant programme of works, the Council has already implemented the DCLG recommended interim measures at the three tower blocks. All fire risk assessments are up to date and under six months old and extensive consultation and fire safety auditing has been undertaken with the London Fire Brigade to assess mitigation measures. Mitigating actions across the blocks now include:

RMS have completed extensive repair and remedial works.
The ongoing weekly cost of the above mitigating actions is approximately £90,000 for the three tower blocks, arising primarily from the contract staffing of the 24 hour wakeful watch.

1, Continue to follow the principles of resident safety, openness and transparency

2, Complete the planning and procurement process for Ferrier, Nichols and Tanner points.

3, Focus on Fire Safety in Newham's housing stock and prepare for the ramifications from the Grenfell Fire report.