Why you should join your Pension Scheme 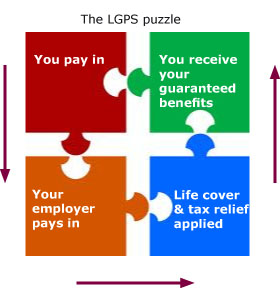 This post is based upon a speech I made at the Newham UNISON Local Government Branch AGM held at East Ham Town Hall last month. I was there as the London Regional Finance Convenor and had been asked to speak on why members should join the Local Government Pension Scheme.

When speaking about pensions the 1st point you must make is explain that the reason for having a pension is actually quite simple – it is about preventing poverty in old age. Poverty at any time in your life can be a pretty miserable experience but at least if you are young then you have time to better yourself but if you are poor and elderly then it is far more difficult if not impossible.

I am able to point out that one of the most depressing things I see as a Housing officer is visiting pensioners in winter, who live in one room freezing in front of an electric fire. Who buy second hand clothes and live on out of date food, ashamed that they cannot afford to go on holiday or treat their Grandchildren.

2nd Point: Pensions are expensive. There is an old rule of thumb in the pension world that to retire on half pay and get a lump sum, you need to have the equivalent of 15% of your pay put into a pension for 40 years.

That is why it is so important that you start your pension as soon as possible and if you have the chance to join a decent employer scheme then go for it.

The 3rd Point: is to explain that company pensions are part of your pay and your terms and conditions. If you don’t join the LGPS you are losing the at least 12% of your total pay. Even in the private sector good employers will put at least 10% of your pay into your scheme. This could amount to hundreds of pounds per month, thousands of pounds per year. If you don’t join then this money is gone forever and there is nothing you can do to get it back. Not only that but you also get substantial tax relief on your pension contributions, with the government in effect paying 20 to 40% of your subs. So if you don’t join the pension not only are you cheating yourself out of thousands of pounds of pay but you helping the government save money by volunteering to pay more tax than you need to pay.

4th Point is you cannot reply on the state for your old age. The new Government Universal pension is going to be around the existing pension credit level (poverty line) of £144 per week. While some commentators think that a non means tested state pension at this level is too much and unsustainable, most of us would think that £144 per week (£7,488 per year) is no where near enough to live on. At age 65 the average male will live another 18 years and the average female 20.6 years. Living on the poverty line for the last 1/3 of your life is not going to be anyone’s lifestyle choice.

Some people say that their house or business will be their pension. I don’t think that they realise just how expensive it is to replace your income in retirement. If you want an extra £100 per week pension annuity (£5000 per year) with some protection against inflation you would need a lump sum of at least £150,000.

5th point: Finally with a good defined benefit pension such as the LGPS your pension is guaranteed, it increases in line with inflation, you are protected against ill health and disability and it will pay out for 10 years after your retirement (regardless of how long you actually live).

While there are good defined contribution pensions (where employers pay at least 10% of salary and provide ill health insurance) they are not guaranteed, can be very expensive to run and don’t automatically protect your partner or against inflation. If you have the opportunity to join a company DC that has employer contributions (or are auto enrolled into one) then you should normally do so. The only exceptions may be if you are on very low pay or near retirement and are likely to be dependent on housing and council tax benefits you may need further advice.

I am more than willing to come to trade union or local Labour Party meetings to talk about pensions.
(hat tip LPFA for picture)
Posted by John Gray at Monday, April 08, 2013