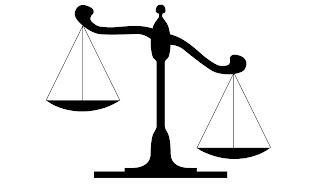 Today I read a case summary in Daniel Barnett's employment law e-newsletter about a recent Employment Appeal tribunal judgement, where it was agreed that a claimant who had been dismissed had been treated very harshly but since it was not "perverse" it was not unlawful.

'It was not the task of the employment tribunal or the EAT to decide whether the dismissal was fair.'

You would have thought that was the whole point of making a claim for unfair dismissal?

While I am not sure the source of this quotation I think this sums up much of what is wrong with tribunals and shows up the unrealistic expectations that many (most?) workers have over their rights at work.

Not only has this Tory lead coalition government been rolling back employment rights all over the place (extended waiting period for unfair dismissal from 1 to 2 years, getting rid of lay judges, introducing upfront fees etc) but workers need to understand that tribunals are not about truth and justice. They do a lot of good things still (such as with discrimination) and act as a brake but they are not the "Peoples Courts" they are not an independent arbitrator of fairness in the workplace. Instead its all about contracts and processes.

That is why you need trade unions at work. Collective is best.