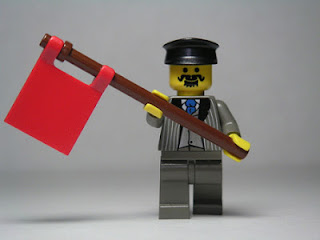 I’ve been meaning to comment on this post made by my esteemed UNISON colleague, the NEC member for Skidrow-on-Sea, attacking an unnamed UNISON branch secretary (and as usual interfering in the internal democracy of other branches and Service Groups).

He selectively criticises the branch secretary for sending out an email to all staff warning them of attempts by the SWP and the SP to hijack their campaign to defend public services. However, he fails to mention or quote that part of the email that states the reason why it was sent out.

Which was due to the violence, abuse and thuggery shown by various outsiders in a “hate fuelled frenzy”. This and threats to patients safety is actively undermining the campaign and putting off potential supporters .

It's the old story of "rule or ruin" by "wreaking and splitting". Ordered by the so called democratic centralist leadership of the various ultra left sects (not by all their rank and file members) if they cannot get their own way.

This is not the way to oppose Austerity nor win anything.

Considering that my esteemed colleague publicly derides anyone who disagrees with him as a "poodle of the ruling classes" it is just hypocritical of him to criticise anyone else as being in any way sectarian.

I also note that the hard working and respected branch secretary he is having a go at started life as a porter in a hospital, who then put himself through night school to eventually become a fully qualified nurse.  Who still works shifts as a nurse on the wards. Unlike the full time middle class bureaucrat who snipes at him from afar.

UPDATE: I have been reminded how the Ultra left got up to similar tricks and destroyed any chance of forming a broad anti-austerity coalition in Local Government in 2011.
Posted by John Gray at Sunday, December 23, 2012