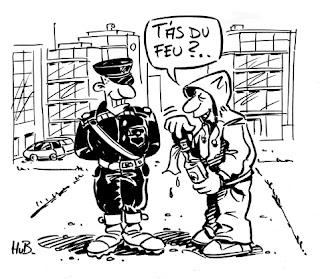 I know following the riots last year in the UK we have nothing to be smug about. Yet I honestly do dread the impact on our society of this Tory led Coalition housing policies. This motion has been passed by my branch and submitted to our UNISON London AGM next year.

1. that the housing policies of the Tory led Coalition government is leading to the cleansing of ordinary working people from London and other areas of high rents across the Country.

2. This process was started by a local area housing allowance benefit cap which deliberately ignored actual rent levels. While the imposition of a total benefit cap will finish the cleansing.

3. Families and communities will be split as people have to move hundreds of miles across the country to find cheap private sector accommodation. Soon there will be concentrations of poverty and deprivation in suburbs that circle middle class city enclaves as they do in the divisive and polarised “Banlieues” that are a blight and a disgrace upon Paris.

4. This will not just affect the sick and the unemployed but also the working poor who rely on Housing Benefit to top up their poverty wages.

5. Due to the absolute shortage of social housing, rents for everyone in the private sector are becoming more and more unaffordable while overcrowding and insecurity of tenure increases.

6. There are now more UNISON members who live in the private rented sector than in social housing. Many members have grown up children living with them who are unable to afford to leave home due to high housing costs.

7. The underlying reason for this housing crisis is the failure of the market and successive governments to ensure a sufficient supply of low cost public and private housing. Instead of investing in building homes, housing benefit has been squandered on subsiding high rents. Often going into the hands of criminal Rachman landlords.

8. At the same time that we have massive under capacity and unemployment amongst construction and development workers.

This Regional Council calls for

1. A mass housing investment programme. Building new, refurbishing and retro-cladding older homes. Paid for in the short term by increases in progressive taxes and in the long term by reductions in housing benefit and the Keynesian multiplier effect of an increase in the government finances from building workers paying taxes rather than claiming benefits.

2. The compulsory Licensing and regulation of all landlords, social and private - and strict enforcement of minimum environmental, management and repair standards. Rents levels for all regardless of tenure must be fair and reasonable to tenants and landlords.

3. In the meanwhile local housing allowances and benefit caps should reflect the reality of living in high rent areas.

4. Calls on Labour Link to consider advocating such policies on a regional and national level.
Posted by John Gray at Wednesday, December 12, 2012

I don't want this country to waste money on Social Housing.

Who is going to pay for this?. It is certainly not the likes of multi-nationals like Google.

The people who have been given social housing, treat others like crap. Their kids grown up not respecing neighbours. You have this sorry dickensien view of the poor, rather then some of the thugs that are coming from the system.

It is about politics. The working class trade union man is dead. So you create a new class of people, you make them state dependent, so they always vote for Labour.

What strange comments anon? and what a sad and ugly LaLa world you must live in.

Fancy demonising millions of people including pensioners and children by their tenure?

Some of the worse ASB in the borough comes from private rented and owner occupied homes. That doesn't mean everyone who lives in these tenures are "thugs" either.

What you are probably too bigoted to understand is that those most dependent on the State don't vote. So your argument that "Labour" encourages poverty is simply moronic.

We need to create a society where the gap between the poor and the rich is brought down.

Providing and encouraging decent homes for all is part of that solution. Whether by the private or the public sector.

So is a really progressive taxation where everyone pays their fair share.