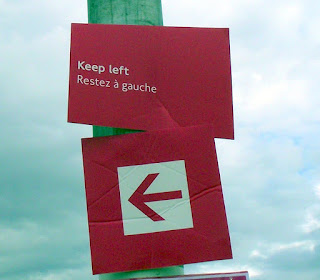 
The Olympics have captured national attention and sent our spirits soaring in recent days. Precedent suggests that this kind of event raises also our opinion of government. Certainly Boris seems to be enjoying the bounce. If we’re not quick off the mark and sure in our response the Coalition government will also benefit.

As nurses, Jarrow marchers, matchgirls, and suffragettes marched across the huge screen in my local park last week, and we proudly celebrated modern multicultural society, I couldn’t help think, this could be our party political broadcast of the last century. It didn’t seem an appropriate moment to whip out the Labour Party membership forms, but just to be quietly, deeply thankful that Boyle had not only reflected these images across the world, but made our society proud of them.

And that was just the beginning. The Olympics has become a world showcase for Socialist values in the UK. The Labour Party should not allow the moment to pass without remark.

Our roots are in the public sector

From the nurses in the opening ceremony to the army stepping up where the private sector failed, our public sector workers have done us proud. They have made our trains run on time, directed us around London, kept us safe in the park, and even filled seats in the stadiums. Along with all the amazing volunteers, the public sector has pulled the games off, effectively, efficiently.
Let’s use this opportunity to loudly celebrate our public sector workers and defend their jobs and the services they provide.

Our dream is of an equal society

The Olympics brings society together without recognizing colour, class or gender. The opening ceremony powerfully recreated a history of Great Britain’s working classes, while some of the medal tables have opened up the debate about class inequalities and meritocracy. In addition, there have never been more images of powerful, successful women in the media, and there is no space in an Olympics Britain for terms such as ‘plastic brits’, as Mo Farah responded Saturday night when asked by one journalist if he would have preferred to run for Somalia:

Let’s use this opportunity to shout about gender equality, celebrate our multicultural society, and build up the courage to talk about the very real reality of class inequalities.

Building hope and opportunity is what we do

Not only has the Olympics created conversations happening on our terms, the games are happening in our ends. The Labour Party was born in Stratford, and the Party continues to represent those living in ‘Stratfords’ across the country. Regeneration in East London has had a massive effect on local people. As Christine Ohuruogu said to the Standard:

“I used to dream of living in Essex. Now because of the Games, I’m proud to say I come from Stratford.”

To read accounts from those far more eloquent than me about the effect this has on a local community so almost forgotten check out this awesome blog – Community links’ Newham views – really inspirational, emotional accounts of what this means to the local community, overwhelmed with pride.

Let’s use this opportunity to talk more respectfully about our poorer communities. Instead of getting drawn into the damaging scroungers debate let’s talk about the effect of regeneration, jobs, investment and belief.

Of course the Olympics isn’t a socialist paradise, the massive significance of the private sector sponsors, the medal tables dominated by public schools in some disciplines and the concerns about missed opportunities for the local community – there is undoubtedly a way to go – but the Games have showcased some of the values of a better society and opened up opportunities for debate.

The whole country is talking about what makes us British. Public sector workers, internationalism, equality and fairness. We own this language. We should own this debate. The Labour Party won the Olympics and we believe in many of the values it is reflecting. It would be both perverse and unjust if the Tory government got a bounce from the Games. We must be sure to catch the ball and use the opportunity to celebrate our belief in equalities, to protect our public services, to shift the debate from scroungers to opportunity and to win the argument".
Posted by John Gray at Tuesday, August 07, 2012