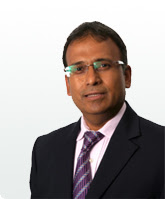 I got this email this afternoon - spread the word - it is just absolutely essential that we have a honest and competent secular socialist as Mayor.
So please support Abbas to be the elected Executive Mayor of Tower Hamlets.
I think you know why.
"Dear Member
Helal Abbas is running to win the Tower Hamlets Mayoral Election for Labour  on the 21st of October.  It will be a tough fight.

The Conservatives have won council seats in the borough, the Lib/Dems are fielding a candidate and Respect and George Galloway are openly supporting an ex-Labour independent, who has declared himself a candidate

Tower Hamlets Labour Party will need all the help that you can give. The campaign office is at 349 Cambridge Heath Road, London, E2 9RA and will be open for canvassing and leafleting from 10am-6.30pm every day until the election.

Please ring 0207 729 6682 or email abbas4mayor@gmail.com for further details or to let us know when you are available.

With your help we can ensure a Labour victory on the 21st of October
Ken Clark
Director London Labour Party
Posted by John Gray at Thursday, September 30, 2010