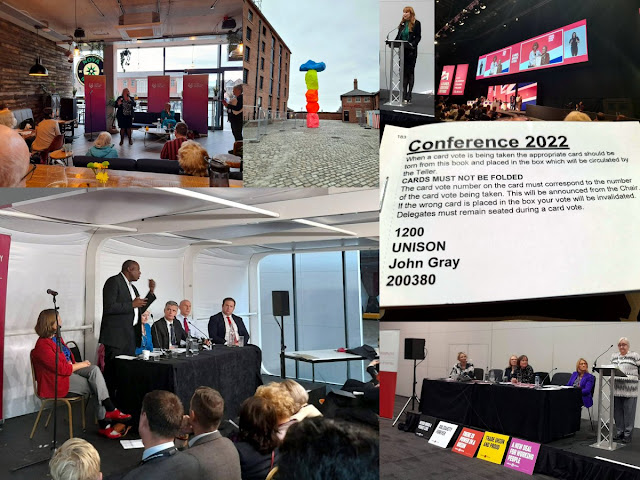 A rather random collection of photos from the first afternoon and evening of conference. With picture from an excellent fringe in support of Ukraine with its UK ambassador as well as David Lammy MP and John Healey MP. I asked a question how can we can encourage local Labour Parties to engage with their Ukrainian and East European communities?

I went also to a fringe addressed by our UNISON General Secretary, Christina McAnea, on fixing the social care crisis. As well as the Labour Unions (TULO) fringe where our former vice President Sian Stockham, spoke about her life experiences as a low paid care worker. As did later Labour Deputy leader (and former care worker) Angela Rayner MP.

I visited various receptions and fringes in the evening but had a relatively early night since I had to prepare for being on a pension panel the following day.