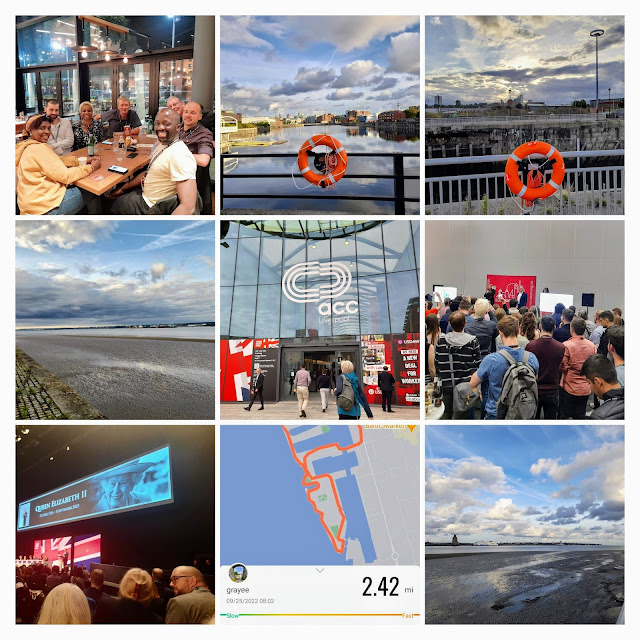 Following the London reception yesterday evening I had a (non keto) pizza with UNISON colleagues then a relatively early night. Up for a early morning run along the Mersey, back for breakfast then UNISON delegation meeting at 9.30am.

Conference started with a tribute to the late Queen, followed by a minutes silence and the singing of National Anthem . A first in my experience at a Labour Conference but I understood that the predecessor union of UNISON - NALGO,  used to finish their conferences with a rendition of the Anthem.

First agenda item was a "Welcome to Liverpool" by MP for Wallasey, Angela Eagle. Next was a short introduction by Chair, Alice Perry, followed by Conference Arrangement Committee report and questions; Obituaries and classic barn storming speech by deputy leader Angela Rayner MP. Great to hear the commitment to insourcing of public services.

We then adjourned late (and missed the lunch time fringes).

I hope to make a number of posts on conference as and when.