WHAT IS GOING ON IN UNISON’S NEC? 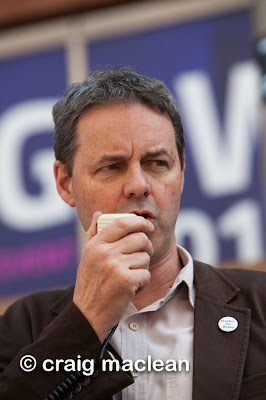 A great post by UNISON NEC member Stephen Smellie. We still have pragmatic and committed NEC members such as Stephen, a great General Secretary, branches, staff and activists. But what a complete and utter mess our union is in due to these "incompetent" bullies and harassers...

"I should quickly answer- I don’t know!

Last week there were the scheduled meetings of the NEC sub-committees of Finance and Staffing. I am not a member of either so can’t give any first-hand accounts. However there have been statements issued by the group Time For Real Change (TFRC) and by a number of NEC members not affiliated to that group. The General Secretary has also written to NEC members to say that the Staffing Committee was cancelled, as was the meeting with the staff trade unions.

What seems to have happened is that at the Finance Committee an issue was raised where the Chair reported that he had asked for details of payments made to NEC members to cover their release from their jobs. The overall costs of this were provided but not a breakdown of which NEC members were involved and how much this was for each. Staff advised that they could not release names or the costs of each as this would be a breach of GDPR.

There then followed a disagreement and, allegedly a staff member was told that they would be disciplined if they did not release the information requested. This led to staff withdrawing from the meeting.

The Staffing Committee meeting due to take place the following day was then cancelled by the General Secretary as no staff would attend. She has reported that she is trying to arrange meetings with the Presidential Team and staff trade unions to try to resolve issues.

The Chair and Vice Chair of the Staffing Committee were, apparently, not consulted about this and they decided to proceed with the meeting without staff being present.

In this meeting they put forward proposals that current vacancies for Assistant General Secretaries and Regional Secretaries (including the Scottish Secretary) should not be filled till a proposal that they should be elected positions be considered by the NEC and then the National Delegate Conference.

I accept there may be inaccuracies in the details above but that is what I think has happened.

These events are against a background where the TFRC faction on the NEC, who gained a majority at the NEC elections last year, have been pushing through changes to the way the union’s NEC operates to effect the Real Change that they stand for. As I have written before, exactly what these real changes are, have not been clear, either in their election material during last year’s NEC election campaign, nor since.

However, one by one, proposals have been unveiled and presented as proposals which are then agreed by the majority at the NEC or sub-committees.

These latest proposals, of which no-one outside the TFRC faction were consulted on or asked for an opinion on or even given pre-warning of, are the latest to cause controversy and generate great heat.

Before the past week’s events the actions of TFRC and the decisions their majority have taken have caused considerable kick back. Several Regional Councils, including Scotland, have passed motions condemning the NEC for its actions, a number the National Self Organised Groups have raised concerns at the lack of diversity in the appointments to NEC positions and the perceived attempt to not allow the SOGs to nominate the members to represent them at TUC conferences and committees. The have also enraged some senior staff members with talk of discipline if they do not carry out instructions.

Alongside these controversies is the long running saga of the TFRC appointed President who was suspended from the union for near 2 years. While suspended he ran for General Secretary and received around 30% of the votes cast and was re-elected onto the NEC in the male Local Government seat. His suspension was recently lifted by a decision of the Chair of the Development and Organising Committee, as per the adoption of the controversial motions. What he was suspended for and what charges were levelled against him, I do not know, although there seem to be plenty of people who claim they do know!

The suspension being lifted, the President was able to chair the last NEC meeting. I missed most of the meeting due to other commitments, but he did a competent job in chairing the meeting.

He has also been suspended by his employer and faces possible dismissal. Again, I know nothing of the charges he is facing but, again, many other people seem to. Some claim it is a witch-hunt against a trade unionist whilst others say the complaints made by UNISON members regarding his conduct may justify the possibility of dismissal.

(Note: this was written before the President was dismissed by his employer)

If he is dismissed, he can apply for unemployed membership and that can be approved by the NEC. This would allow him to continue as President and NEC member whilst he appeals against the decision. Rather strangely the Vice-President announced that if he is dismissed, his application for unemployed membership will be approved. This without consideration of what he is to be, or may be, dismissed for. I find that strange. Not that this is what is likely to happen, but that the Vice-Presidents should announce so boldly that this was their intention, no matter what the case is. They added to the consternation by saying that any member of staff who sought to block this would be disciplined. This was interpreted by staff as a bullying threat. The VP’s statement was, wisely, withdrawn and not voted on at the NEC.

When TFRC members (I am assuming they are members of the faction which is operating quite openly as a ‘party’ within the union – as an aside, I would like to know what the membership conditions are and what forms of accountability and democracy they apply) called for Real Change they were not clear what they meant or intended.

Some of the proposals they have put forward are, to me, not unreasonable but they were not part of any published manifesto. Their election statements were vague and populist. They stood for change in the leadership, for fighting back against austerity and so on.

They did not say that they were for fewer women and black members in leadership positions. Or for undermining the role of the Regional Convenors group or the Self Organised Groups. Or for pre-judging the outcome of investigations and hearings. Or for disciplining staff for refusing to breach GDPR legislation. Or for usurping and undermining the role of the elected General Secretary.

All of these things they have been accused of doing.

My observation is that they have so far been incompetent and insensitive in how they sought to bring about change. They are relying on the fact that they have a majority and so can do what they want. Without needing to persuade others who are not in their faction and sometimes without even bothering to learn how things work.

The recent issues are a case in point.

It has been known that some NEC members, for some time, have been getting their wages paid by the union. This may be justified as the employer may not have been willing to grant the amount of time that senior elected activists need to be able to fulfil all of the tasks asked of them. However, there are risks in this. The NEC member is then accountable not to their employer, or their branch, for their time, but to the union officials who pay the wages. They are now, potentially, a paid servant of the union official. This is especially the case when other NEC members are not advised of who is getting paid and who is not. It is therefore perfectly reasonable to ask for some transparency on this issue.

However, prior to this week, I as an NEC member was not aware that this longstanding arrangement was being challenged or that it was even being questioned. Demanding the release of what is personal information covered by GDPR, and threatening staff who say they cannot do this, is stupid. The issue should be discussed, and the practice considered openly. Who is currently involved, and how much each individual might be costing the union, is not the point. Discussing whether we want this practice to continue and how it might be done in a more transparent way, perhaps with agreed criteria, is entirely justified. Threatening staff with discipline and provoking a possible dispute with the staff trade unions is not.

The issue discussed at the Staffing committee, the election of senior officials rather than their appointment, is a legitimate issue to raise. I think motions to NDC in the past have been ruled out of order as staffing matters were not to be discussed. That always begged the question, how do we discuss such a proposal? What are the pros and cons of such a proposal?

I am not sure whether putting a motion forward to the NEC, voting it through with the majority they have, and putting it to the NDC is the best way to take the issue up. Some folk with longer memories believe the issue has been discussed previously at NDC and not supported. If this is true then the proposal that the NEC put forward a motion, contrary to NDC policy, is itself problematic for a union that believes conference is sovereign. The NEC has agreed to the Staffing Committee recommendation that there be a review of staffing. That would be a process where this issue, amongst many more, could be openly discussed and debated. Attempting to reach a consensus is usually a good way to proceed, developing understanding, building bridges before forcing your view through and creating opposition and resentment.

I have said before, the task of a faction that purports to be of the ‘Left’ and seeking to bring about change for the benefit of the union membership, and not simply their own interests in gaining and holding power, is to build support for their ideas and policy options. TFRC are in such a hurry to take power in the union that they don’t seem to want to give anyone else time or space to voice their opinion, or to develop working partnerships with those other activists, and staff members, who are sympathetic to the general idea that Real Change is needed.

For the record, no-one in TFRC, nor anyone from the faction that previously held the majority on the NEC, or any member of staff was consulted on the contents of this article or sought to influence it. I would venture that very few of them will ever read it!"