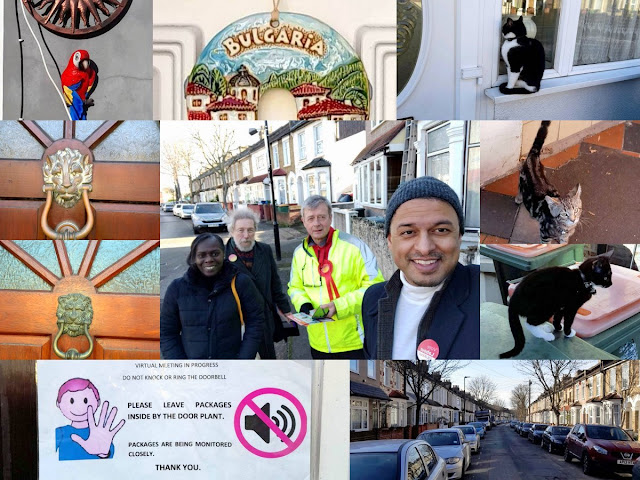 Interesting morning carrying out a doorstep surgery in Corporation Street, West Ham, E15. This is reputed to be the longest residential street in Newham. The four of us managed to cover around half of the properties.

I had a conversation with a lifelong Tory supporter, who was so disgusted with Boris Johnson over Downing Street Covid parties that he will be voting Labour for the first time ever. It is rare that residents mention national politics but it would appear that Boris is currently haemorrhaging traditional support for the Tories.

We had picked Corporation Street in part because there is a planning committee meeting later this month to consider an application to build a new 6th form school and housing at the next door site of the old Ford car showrooms https://pa.newham.gov.uk/online-applications/applicationDetails.do?activeTab=summary&keyVal=R5I67TJY5NA00 alongside. Residents can make comments by 26 February. We wanted to ask residents what they thought of the development. This is by far the biggest redevelopment plan in the ward.

There were two delightful friendly kittens to be fussed over (but seemed far too young to be out in the street but their owner assured us they were well looked after) while another, more elderly black and white cat, simply turned his or her head away from me when I said "hello".

The parrot in the collage was not real but a garden ornament.

For a change, I had no Councillor case work, I made 20 contacts, with no-one declaring themselves against and only a few "undecided" but all of us found it was overwhelmingly a pro Labour surgery and people seemed  pretty content with the Council.