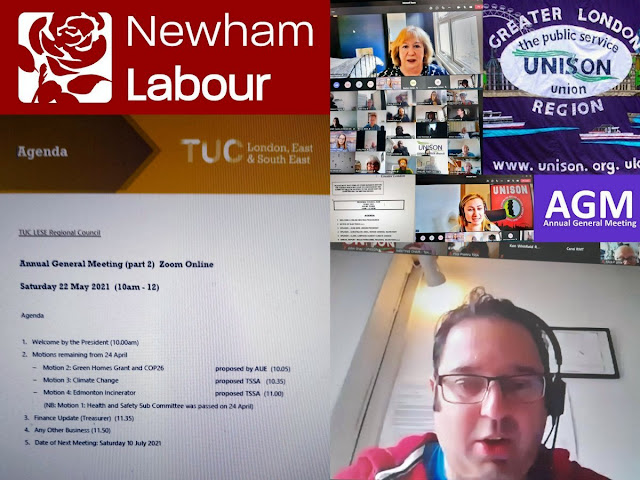 On Tuesday and Thursday evening, it was the Newham Labour Group AGM (Councillors) where I was elected unopposed as Group Chair.

On Saturday I took part as a UNISON delegate in the TUC London, East & South East Regional Council AGM.

In the UK the Labour movement traditionally has two wings, the Trade Unions and its political wing, the Labour Party.  I am a firm believer and supporter of the Labour Movement family.

Like any family, from time to time, there are some major rows and disagreements. But we remain a family.