On the knocker for Farah, Sadiq & Unmesh in East Ham Central By election 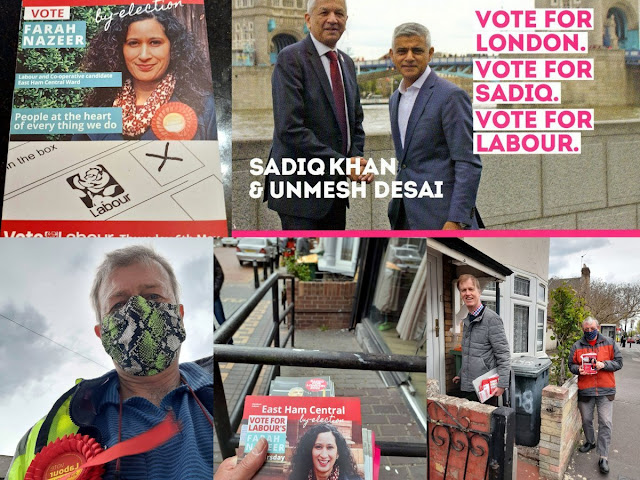 This afternoon I joined the 2pm Labour team canvassing for the by-election in East Ham Central ward. Stephen Timms MP and the ward election agent, Cllr Alan Griffiths, were the only ones to turn up for this session. I had been out with the fantastic candidate, Farah Nazeer, last Thursday with West Ham MP, Lyn Brown.

I was impressed how so many people recognised Stephen and said hello and thanked him for his support for them in the past! This also meant that many "door knocks" turned into case work sessions for Stephen. I could see that residents were genuinely pleased that we were out there speaking to them about their concerns.