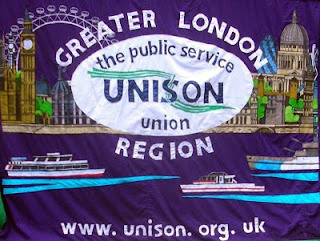 I was really pleased today to find out that the existing Regional Council team for Greater London UNISON has been re-elected unopposed. 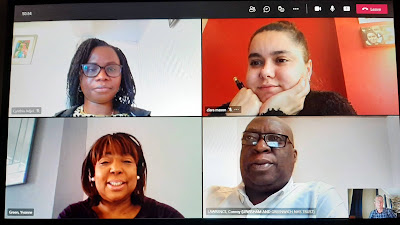 UNISON has 130,000 members in Greater London and 215 branches in local authorities, the NHS, Housing Associations, Voluntary sector, colleges and schools, universities, the electricity, gas and water industries, police services and transport and the voluntary sector. We are by far the largest union in London (and the country).

This is the second year in a row we have been elected unopposed as the lay leadership of UNISON in London (last year's election was decided in January so pre Covid).  I have actually held this position since 2007 (winning contested positions).

Many, many thanks to our members for their vote of confidence in us. We will all work together as a convenor team to earn this trust.

(just to point out that the UNISON NEC elections for our National Executive Council is still on going and separate to the above. I am still standing for re-election for Community NEC and Clara for one of the London seats)
Posted by John Gray at Wednesday, May 12, 2021