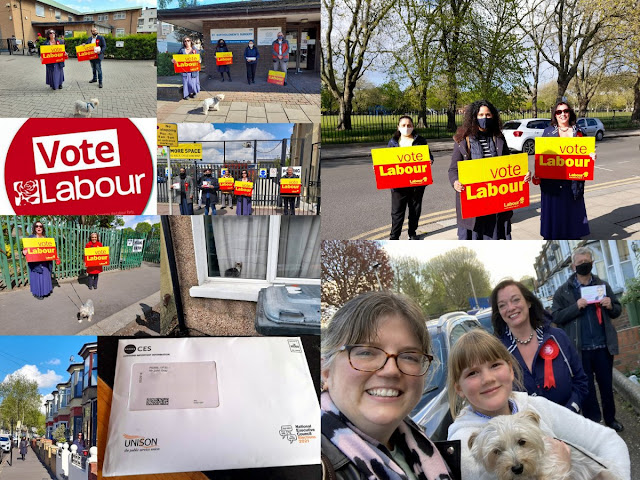 Yesterday was a long and full on day campaigning and visiting activists in West Ham with our local MP,  Lyn Brown (and Cara)
We “knocked up” Labour voters in the East Ham Central ward by election with our candidate, Farah Nazeer asking them if they have voted yet.  Later we joined Forest Gate North Councillor, Rachel Tripp, (and her young pioneer volunteer) for more of the same.
The response we got from working class Labour supporters in Newham was very different it would appear from those in Hartlepool but let’s see what happens.
To add to everything there was also the Newham referendum on the future of the Executive Mayoral model  and yesterday I received my UNISON NEC Elections ballot paper.
The London Mayoral and Assembly election count starts tomorrow (Saturday) as does the by election and  referendums in Newham and Tower Hamlets.
I am taking the weekend off and went for a marvellous long run this morning. Will post more on results when I can.
Posted by John Gray at Friday, May 07, 2021