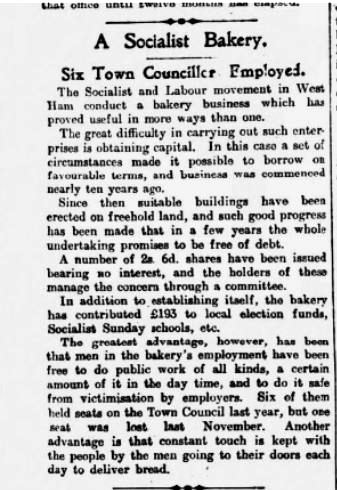 Hat tip Country Standard. A fantastic historical clipping from "Labour Leader" newspaper Thursday 9 January 1913. The "Socialist and Labour Movement in West Ham" (now Newham) had set up a co-operative bakery not only to provide quality food and raise money for elections and Socialist Sunday Schools but also to provide employment for elected Councillors. Because of their political and trade union activities they were at risk of "victimisation by employers". 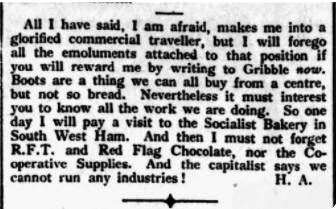 Also this clipping from Thursday 15 April 1915 about a planned visit to the bakery and to "Red Flag Chocolate".
Posted by John Gray at Wednesday, December 02, 2020