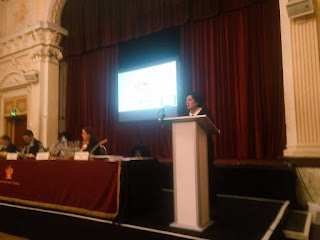 This is great news! At tonight's Newham Council meeting it was agreed by Councillors to endorse the decision by our Executive Mayor, Rokhsana Fiaz,  for us to become a London Living Wage Employer and to sign (and become) a signatory to the UNISON Ethical Care Charter.

Rokhsana had pledged to Newham Citizens in April 2018 that if elected she would introduce a Living wage for all Newham directly employed staff and contractors.

The Labour campaign for such a Living Wage was started on 22 February 2007 (check this blog for mentions of "Living Wage") by members of Newham TULO (Trade unions for Labour).

After a long 11 years I am so pleased (and personally feel quite emotional) that Mayor Rokhsana Fiaz, is delivering on our campaign after so many years and introducing a London Living wage AND signing the UNISON Ethical Care Charter.

This charter is a "Living wage plus" for care workers, making sure that as well as a living wage they get occupational sick pay, training and paid time for travelling and expenses.

This proposal will still need to be agreed at the 2019 Full Council budget meeting (which due to Tory Austerity cuts will be eye wateringly painful but I cannot think that any Councillors will want to put this item at risk).