Four old ideas on how to build new Council Homes 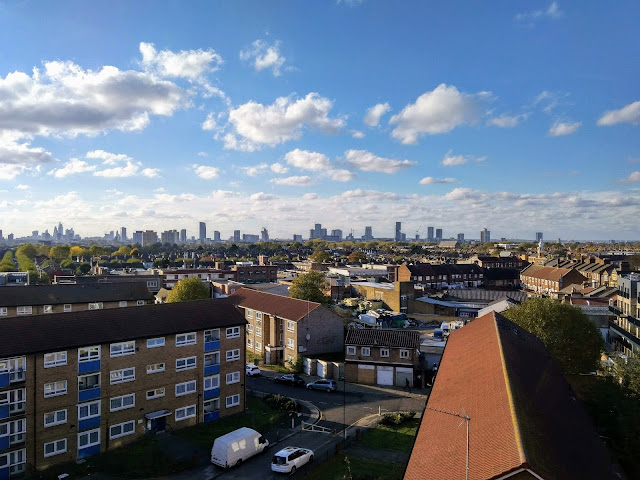 Hat tip Room 151 - Sometimes the old ones are the best

Earlier in the year the government issued a Green Paper on social housing; since then the world has gone Brexit crazy and little has been heard from central government on how they intend to proceed.The document itself quotes from the 1950s, a time when both major parties believed in the construction of council housing for rent. I have used the phrase “council housing” deliberately as it was at that time not synonymous with social housing.

Up until the 1970s council housing was not seen as a safety net but as an aspirational step up. It wasn’t stigmatised, but seen as a move up the ladder from poor-quality private rented accommodation. In fact, to get council housing, you normally had to be of good standing, in work and be able to pay the rent without assistance. That, however, changed, largely due to several apparently unconnected government decisions from the late ’70s and early ’80s which have led to the stigmatised view of social housing that exists today – not my words, but those of the prime minister.

A look at the statistics for the period from 1945 to 1979 show that this was the boom or golden era for building council housing. Much of that building was to replace stock damaged or destroyed by the Luftwaffe, but there was also much slum clearance. The quality of the replacement stock was variable, with much of the stock built in the 1950s and early 1960s being of good quality and is still in demand today. However, much of the stock built from the mid-1960s onwards was of lower quality and fits perhaps the more stereotypical image of council housing – high-rise, often system-built and poorly built and designed. Much is now the focus of regeneration schemes.

Since 1979, governments of both major parties have almost without exception turned their back on building new council housing. Both parties have, until very recently, almost actively encouraged councils to divest themselves of their stock to either housing associations or to arm’s length management organisations. Funding for new build has been virtually extinguished until recently and, in the light of that, the considerable expertise that councils had in council house building and delivery has virtually disappeared as the demand for those services has been eliminated.

The Green Paper and subsequent announcements from central government appear to be a step towards a small renaissance in council house building. So let’s make sure we learn from the golden era, to ensure the next generation of council housing doesn’t become the regeneration scheme of the 2060s. We should, I believe, look at the following: funding, place and people. In this piece I will only look at funding.

Although the system changed over time, virtually all council house building before 1979 had significant subsidy attached to it. This was in the days before the ring-fenced housing revenue account where any increase in costs of borrowing or running the stock would, if not met from rents, fall to the general rate payer i.e. the local tax payer. The subsidy was normally a revenue subsidy to reduce the cost of borrowing to the local council. It must be remembered that in those days the cost of a house was significantly less if inflated to current prices than a property is today, particularly in London and the South East.

In the present day, the subsidy available for social housing delivery is a cost per unit grant to reduce the capital cost,with the balance being met from borrowing or other resources. Most of the social housing currently produced is in effect a by-product of the planning system that tries to ensure that social or affordable rent housing is produced as part of private for-sale schemes, and again most of this housing is provided and managed by housing associations, not councils.

This is a far cry from the pre-1979 arrangement where councils brought forward their own schemes supported by central government subsidy. A return to those days is perhaps impractical but there are some steps that could be taken that would have minimal impact on wider government finances yet would prove the government is serious about encouraging councils to build a new generation of council housing for rent.

For councils the normal source of borrowing is the Public Works Loans Board (PWLB) which, in effect, is a loan from the government. One way of reducing the cost of housebuilding to councils would be to reduce the mark-up, or profit, that the government makes from lending to councils. Most councils borrowing at present from the PWLB would be paying the certainty rate of +80 basis points over gilts. One option would be for government to authorise the PWLB to reduce the mark-up for social housing to +40 basis points, a dispensation given once before as part o fthe HRA subsidy buy-out deal in 2012.

In high-cost areas of the country like London this would make some of the more marginal schemes deliverable. If government were serious about helping councils to deliver more social housing,this would be a very quick win.

The second step towards greater freedom is the use of right-to-buy (RTB) capital receipts. I won’t go into the rights and wrongs of RTB here as that’s the subject of a piece all by itself. However, on the acknowledgement that RTB in some form will remain, current restrictions on when councils can spend RTB receipts lead to potentially long-term decisions.

The current restriction of spend within three years of their receipt doesn’t reflect the reality of how long sites take to come to fruition – site assembly, design and procurement alone require an absolute minimum period of at least five years. And it goes without saying that 100% of receipts should be applied. I would add that I’m in favour of a restriction that RTB receipts should only be applied to new-build properties and not, as can happen at present, to acquisitions, many of which involve the buying back by the council of ex-RTB properties! This restriction would incentivise councils to look at building new units.

The third step is to create a more generous and less conditional grant regime. On this I speak from a London perspective, where the mayor and GLA control the purse strings rather than Homes England. At present in London the maximum grant available is £100,000 for a property which is on, or below the London affordable rent cap which is currently £158.84 per week for a two-bedroom unit. When this is translated into the cost of financing the debt, managing and maintaining a unit, it means a unit of accommodation particularly in inner London can only be built where the council owns the site and there is little need for demolition or buying out of other units. Where there are significant acquisition costs, this then makes social housing virtually impossible to deliver without either greater public subsidy or private subsidy, either through the planning system or through arrangements with the private sector, or building direct for sale. This to me is unsatisfactory – if the government is serious about austerity being over, then it should seriously look at increasing grant in high spend areas.

When talking about conditional grant, I am referring again to London where grant on regeneration schemes is conditional on a residents’ ballot. I would have thought following the Brexit ballot in 2016 that politicians would want to be very careful about having a single-issue vote as it sometimes finishes up with a perverse result! As an alternative, I would suggest that any grant should be conditional on those tenants and resident leaseholders displaced as part of a regeneration scheme having a guaranteed right to return and a single move policy.

My final point is for greater flexibility between the HRA and general fund. Ideally, I would like to see a return to the pre-1989 position of no HRA ring-fence, but realistically I know this will not happen. However, there is one area where greater flexibility would assist and that’s on the transfer, or appropriation of land between the two sides of the statutory ring-fence.

This land transfer is often necessary to facilitate regeneration or development. Under the rules as they stand at present any appropriation is required to transfer at market value, the impact of which can at times be to add additional costs to the HRA, which may make a build project less viable. Based on my experience, much of the land in question, particularly that held in the general fund, was initially acquired by the council well before the HRA ring-fence was established under the 1989 Local Government and Housing Act, and was often acquired initially under broad housing powers, such as slum clearance.

The council would then have undertaken a wholescale housing redevelopment which may have included the building of a facility such as a day nursery or old people’s home (that’s what they were called in the 1960s).

At that time there was no financial transaction required to reflect the differing uses of the site as both council housing and the other facilities were accounted for wholly in the general fund. That’s not the case now, though, but by enabling land to move freely from the general fund to the HRA without a technical finance transaction getting in the way, councils will avoid pre-ring-fence history scuppering a scheme’s overall viability.

Even if all four of these options were adopted they would, I accept, only impact the supply of council housing at the margins, but that’s a good start. What’s really needed is a significant boost in funding, a return to much more direct intervention by central government, moving the emphasis on housing support from personal support (welfare benefits) to the subsidy of bricks and mortar so that councils can build more housing that is affordable to rent.

To do that in the short term will mean an increase in overall expenditure, but unless this is done there is little hope of reducing the queues for social housing and curtailing demand for benefits. Building council houses is a true spend-to-save initiative – an old idea, but sometimes the old ones are the best ones.

Chris Buss is ex director of finance and deputy chief executive at London Borough of Wandsworth
Posted by John Gray at Sunday, December 23, 2018