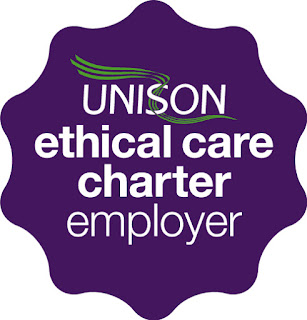 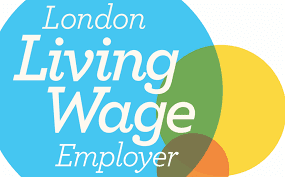 It is just really fantastic news that Newham Council is planning to become a London Living wage employer and sign the UNISON ethical care charter. This was announced by the Newham Mayor, Rokhsana Fiaz, on behalf of her Cabinet, at last month's Full Council Meeting.

I have spent many, many years arguing and advocating for this to happen (with other comrades).

While all our directly employed Newham staff are paid at least the London Living Wage, this will make a huge difference to lives of so many Newham Residents and their families who work for organisations and agencies funded by the Council.

The London Living wage is currently £10.55 per hour while the Government minimum wage is only £7.83 per hour. This will make a huge difference to the lives of so many in Newham and is part of our commitment to Community Wealth Building.

This could mean a pay rise in April 2019 of up to = £108.80 per week for low paid workers who are currently paid the existing minimum wage. Some £5,657 per year. This will be absolutely transformational!

It will also mean that the Council for the first time will be able to act as an "exemplar" employer and encourage (or if necessary campaign and demand) other employers in Newham to pay a living wage.

Newham residents are currently the lowest paid in London and we have the second highest rate of poverty in London at a staggering 37% of our residents. We have to tackle the historical demon of East End poverty wages - and make work pay.

The UNISON Ethical Care Charter not only requires a London Living Wage commitment but also adequate time for home visits, pay for travelling time for workers & other necessary work expenses such as mobile phone etc, no compulsory zero hour contracts, an occupational sick pay scheme and collective meetings and proper training for workers. This should mean that the same carers are rotated on a regular basis to care for our elderly and disabled.

This will take time since we will have to wait for existing contracts to come up for renewal before we are able to insist on these conditions. To become a Living wage employer, we will have to have an phased rolling implementation plan in place, ensuring that all our 3rd party employers accept this as contracts are renewed . This will cost Newham Council at least £12 million in care alone over the 4 years but it is a price worth paying.

There is compelling evidence that paying a Living Wage will save the Council money in the long term since not only will the service be improved for our residents but it removes reputational risk, increases motivation and staff retention rates.

As a Living Wage Council it will also mean, since we have so many low paid residents and workers who live in the borough, a decrease in Council tax and rent arrears.  It will also save money spent on Housing benefit and tax credits.
Posted by John Gray at Sunday, December 02, 2018