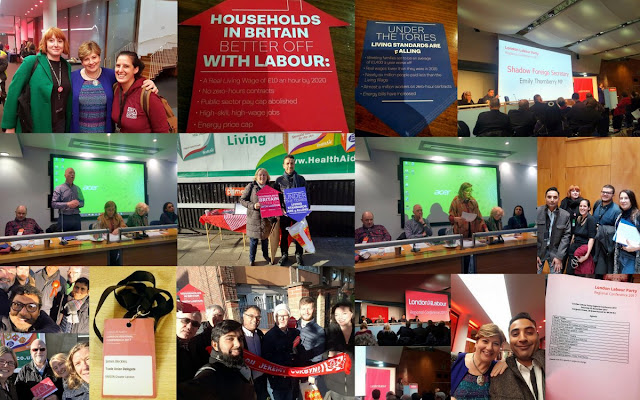 Today was the first day of the London Labour Party conference (and a National Labour campaign day following the budget #BetterOffWithLabour).

I was an UNISON delegate and missed most of the morning session due to other commitments but arrived just as a vote on rule changes was taking place after what I hear was a long and at times bad tempered debate.

On the way in I stopped off to drop leaflets for Forest Gate branch stall. There were also two other canvass events taking place in West Ham and Canning Town South wards (our MP Lyn Brown was in West Ham).

I attended the Housing Fringe on Grenfell, then the housing and finally the education workshop.

Tomorrow is the final day and I hope to hear the debate on the West Ham CLP motion on youth safety and also move the UNISON motion on Housing.
Posted by John Gray at Saturday, November 25, 2017