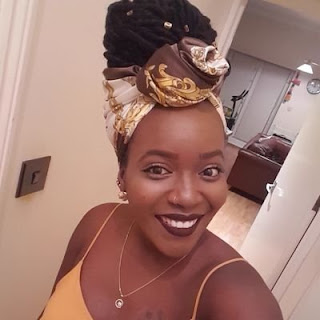 (post from Labourlist on Saturday by my ward Councillor Seyi Akiwowo)
Earlier this year I received a wave of hateful online abuse and harassment after a video of me speaking at the European Parliament went viral. On one hand, the online world is merely a reflection of the state of our society; on the other hand the online world seems to be a comfortable place for those who know they cannot behave in such a way elsewhere.
My experience is sadly not uncommon and is an indication of how far society has to go to achieve true equality.
That’s why I founded Glitch! UK, an organisation aiming to end online hate speech and online violence against women and girls (OVAWG). Glitch believes that online violence of all forms is a vehicle to divide society and spread fear. Glitch means a temporary malfunction. This glitch of online abuse can of course be fixed and, when we look back on this period of time, we want to be able to say that the rise in online violence and hate speech was only a “glitch” in our history.
Through Glitch, we lobby social media companies to do more to stop online abuse. We have developed a set of recommendations for those firms and we are delivering training workshops for young people. In 2018 will be training online tech companies too.
Earlier this year Diane Abbott, shadow home secretary and Britain’s first black female MP, spoke out about the online abuse she receives on a daily basis. The abuse is so serious that her staff try not to let her out alone.  Sadly, Abbott is not the only MP to receive online abuse, Yvette Cooper, Jess Philips, Tulip Siddiq and David Lammy are only a few of the name names on this list.
In September Amnesty International provided more evidence of the problem. Abbott received almost half (45.14 per cent) of all abusive tweets in the run up to the election. Excluding her, black and Asian women MPs in Westminster received 35 per cent more abusive tweets than white women MPs. Online abuse cuts across party lines, however.
A week later MPs debated abuse and intimidation during the election campaign. Online abuse does not just stop with those in elected office. We have unfortunately seen a rise in online abuse and harassment among party members. Labour’s national executive committee (NEC) agreed to toughen up the party’s stance on internet abuse and published a new social media code of conduct.
This week Amnesty also used an Ipsos Mori poll to show how 23 per cent of women across eight countries said they had experienced online abuse or harassment, ranging from 16 per cent in Italy to a third in the US. Just over a fifth, 22 per cent, of women in Britain experienced online abuse and it is magnified for women from ethnic minority backgrounds.
The impact is real and victims report stress, anxiety or panic attacks as well as lower self-esteem as a result.
So how are we in Labour going to respond and act on his research? We need to immediately acknowledge that language matters and that hateful words can be used to mobiles against a group of people. Therefore, we must challenge the rhetoric of “oh it’s just words, ignore them”. Labour must have a clear process for reporting and investigation of abuse.
Today, on the International Day of the Elimination of Violence Against Women, Labour should lead the way in treating online violence against women and girls in the same way as physical violence.
I urge the party to include educational training workshops as part of manifesto commitments to national education service and a digital economy.
We need training for young people so they can understand what online abuse means and how they can act as good citizens. This should be extended for those who work with young people so they can spot the signs – rather than just issuing bans on phones in schools.
We must train online tech companies and those developing apps and social media platforms. They must learn from the mistakes and glitches of current social media. There are current attempts to fix the online abuse glitch but new platforms should not have them in the first place.
Finally, but by no means least, Labour must demand that social media companies be more accountable and be more transparent with how they enforce their own rules.
Seyi Akiwowo is a councillor in Newham in East London and founder of GlitchUK.
Posted by John Gray at Monday, November 27, 2017