Workplace pensions work: but we are going backwards not forwards 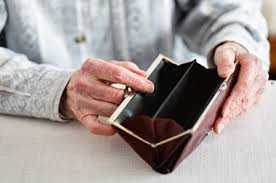 Pensions for many have improved over the years but we are now in danger of going backwards not
forwards. See article below from TUC's Tim Sharp

More older workers retiring today benefit from decent workplace pensions than ever before according to figures published by the Office for National Statistics. But changes to pension provision mean these gains are in danger of being reversed, and there is a growing gap between incomes of those with private pensions and those without.

What do these figures tell us about pensions policy today?
We need to improve access to workplace pensions. Many of those reaching retirement now are the beneficiaries of widespread pension provision (at least to men in full-time work) in previous decades. But this started being whittled away from the 1980s. By 2012 a minority of private sector workers were in a pension scheme. While automatic enrolment has improved this, nearly half of adults are ineligible to be automatically enrolled into a scheme. A key barrier is the £10,000 earnings trigger which excludes many low-paid and part-time workers, the vast majority of them women.

We need good quality pension schemes. There has been a strong shift away from defined benefit schemes, which pay an income based on your service and salary. In their place have come defined contribution pension schemes, in which the member is reliant on contributions made and the performance of investment markets. Contributions into very many DC schemes, particularly for those newly automatically enrolled, are utterly insufficient to generate a decent income in retirement. Unless this improves drastically, incomes from private pensions in future will be a fraction of those received by many retiring today.

There needs to be decent state provision. The ONS calculated that income from state pensions almost doubled between 1977 (£5,600) and 2016 (£11,000) in real terms. But the ONS reports that cash benefits, such as the state pension, have become less effective at reducing inequality among pensioners in recent years. We know that there are great inequalities in workplace pension entitlements. Women have far smaller private pensions than men. And single women are most likely to be reliant on the state pension. So if we are concerned about gross inequality among the retired, then a decent state pension is a must".
Posted by John Gray at Thursday, October 12, 2017