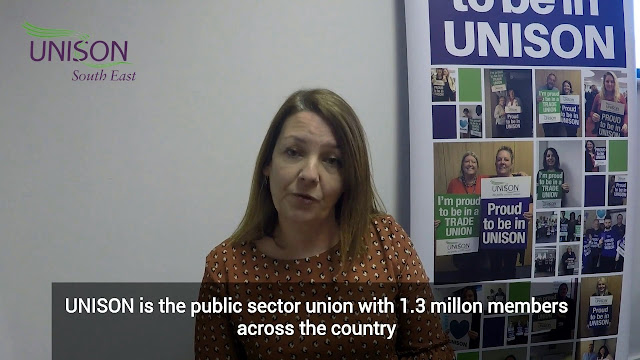 Many thanks to Stephanie for doing such a good job while holding the fort but great news that Maggi is coming back to London as our new Regional Secretary. Apologises to South Eastern region for stealing her :)

As you are aware Stephanie Thomas has been Acting Regional Secretary for Greater London Region since November 2016. I know the past two years have at times been difficult for colleagues  and I thank you on behalf of the General Secretariat for your patience and continued hard work on behalf of the union. It has been determined that permanent arrangements need to be established to support both staff and members in the Region.

I am very pleased to advise you that Maggi Ferncombe will transfer from the South East Region to take up the post of Greater London Regional Secretary with effect from 27th November 2017.

There will be a handover period and Maggi will be working very closely with Stephanie Thomas and the Greater London Regional Management Team to ensure a smooth transition.

I am sure you will join me in welcoming Maggi back to the Region.

I would also like to thank Stephanie Thomas for the work she has undertaken whilst overseeing the Region.