“I like to pay taxes. With them, I buy civilisation.” Newham Council Budget meeting 2017 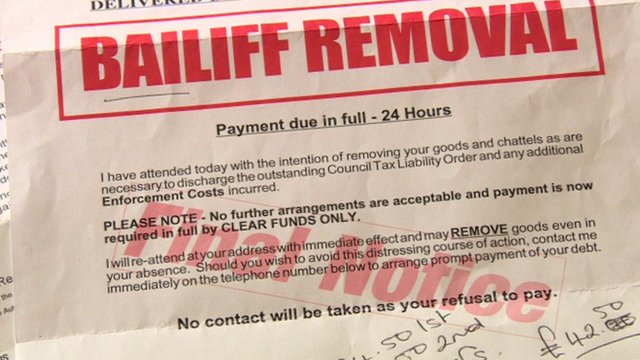 This was to be my speech last night at the Newham Council Meeting on the budget. There was a free vote for Labour Councillors (i.e all of us) and I had proposed an amendment to the budget on increasing Council tax by 1.99% in order to pay for hardship funds for low paid residents suffering Tory cuts and also a 2% precept for the social care crisis.

However, I was only allowed 3 minutes instead of the 5 minutes that I expected to speak on the amendment and I had no right of reply, so was not able to put forward all my arguments outlined below. The amendment was heavily defeated 42-2 (with 3 abstentions) but there was a Oscars "LaLa" moment when the result was initially read out as 42-2 in agreement to my amendment.

It is a shame that there was no other debate on the other budget proposals. Both myself and Cllr Whitworth voted against adopting the budget (with one other abstention)

It was good to have a debate (no matter how unfairly skewed) and it aired an important issue that the Labour Party and the wider public will one day have to tackle. We cannot continue to expect and argue for high quality Scandinavian style public services to be paid for by USA style taxation system.  “I like to pay taxes. With them, I buy civilisation.” – Oliver Wendell Holmes

"Thank you Chair. John Gray, councillor for West Ham ward. I am proposing to amend the Council Budget in 2 key areas.

(1) to increase Council tax by 1.99% for this year and use the money raised to set up two hardship funds for Newham families affected by Tory cuts to Council tax benefits and housing benefit curbs. This increase will raise £689k for each hardship fund.

If a simple majority of Councillors support this amendment then it "pauses" the budget for the Mayor to "reflect upon" the proposed change and consider bringing back his own amendment at a second meeting. You would need a two thirds majority of Councillors to overturn his proposal at that meeting, I really hope that we can come to an agreement over this with the Mayor.

I would like to put forward the arguments for Council tax first which will be an extra £18.81 per year for band D properties, that is £1.57 per month. I believe that there are 3 key arguments to increase Council tax.

But look there is a problem with Council tax enforcement in Newham. 8,949 claimants in Newham were in arrears in 2015/16, and that 5,386 of those with served with a court summons for late-payment, and 1,560 had bailiffs instructed against them. While I have no sympathy with those who can pay their Council tax but choose not to I believe many of those 1560, who have bailiffs sent in cannot pay because they live in poverty and that is different.

What an expensive waste of Newham Council officer time and money to pursue people who can't pay.

Also, according to the Department for Work & Pensions, the lower Benefit Cap will adversely affect around 800 families in Newham, leaving some of those with such serious rent shortfalls that they may fall into arrears and face eviction and homelessness

Firstly, I accept that Council tax is not a fair tax but the simple truth of the matter is that our entire taxation system in this country is unfair. VAT is unfair. Why should the poor and the rich pay exactly the same rate of tax on things they buy? Income tax is unfair, why should income tax rate of the Duke of Westminster with his £9 billion be nearly the same as a Newham head teacher? A recent report showed that the Poor pay nearly 50% of their income in tax compared to 35% by the rich.

Yes, Council Tax is unfair but until we get rid of this government and elect a progressive Labour government, it is the only tax raising game in town. A few months ago in an estate agents window for the first time I saw 2 homes for sale in Newham for over £1 million each. Newham is changing and not only in Stratford and Royal docks we are seeing large numbers of middle class and relatively wealthy newcomers moving into Newham.

So Council tax is unfair but it is banded and there is still Council tax benefit, which in theory, will protect those too poor to pay. However, the Tories have cut and cut this benefit as they have other benefits. These cuts are exactly what these hardship funds will be aimed at. Most of the people in this country & most Newham residents claiming Council tax and housing benefit are in work. Recently the Council, making tough choices, decided to cut the amount of support they would get, the hardship fund will help protect these Newham residents

The second reason is that by not increasing our council tax for the last 9 years, our taxable base has been diminished, year in and year out. By not even keeping up with inflation, our potential income has been going down and down. Since we have a government that seems determined to get rid of practically all central government grants and support for Councils as well as raising income in new ways, we must protect our taxable base.

The final reason, is that if we don’t raise Council tax, then this will undermine our argument that austerity and the Tories spending cuts are indeed unfair and even savage, because the Tories will say, how can Councils like Newham need more money when they haven’t needed to raise Council tax in the last decade?

Regarding social care this proposal to accept the governments offer to set an Adults Social Care Precept of 2% will increase the boroughs ability to support residents with their social care needs, help prevent bed blocking and prevent strain on our much needed local NHS resources. I wish there was other ways to raise the money but there isn’t. Again, the working poor will be protected by the hardship fund.

Council, while we cannot reverse Central Government Tory cuts on the vulnerable and low paid families in Newham and inadequate funding of social care and the NHS, we can try and mitigate it as best we can.